When the front page of the New York Times looks like a prop from an apocalyptic movie (Ebola spreading!  Climate changing!  ISIS striking!  S&P plunging!), you can always turn to me for some good old fashioned fluff.  So let’s revel in the comfort of some soft news, shall we?

I’ve been abroad (no jokes, please), having just returned from a few days in Madrid.  The food, the artwork, the architecture – adored, adored, adored!  The bull fight, not so much!  I spent a sunny day in the Plaza de Toros, thinking that I’d revel in that most iconic of Madrileño traditions.  Well, animal slaughter, as it turns out, is not for the faint of heart.  It took a very strong cocktail to revive me!

Back in Nueva York, the word on everybody’s lips in gonna be … freaks.  The season opener of “American Horror Story: Freak Show” was the highest rated in the franchise’s history.  The Elephant Man is about to return to the Great White Way.  And earlier today Side Show’s visionary director, Bill Condon, unveiled his cast for the first time on the stage of the St. James for a special press presentation.  Before I get started, let me say that the word “freak” will not be used again, by yours truly, in reference to any of the sublime characters who make up the ensemble of Henry Krieger and Bill Russell’s beloved musical.  It was the prevailing pejorative of the day, but times – happily – have changed and the word now sounds harsh, callous and cruel when used outside the context of the show itself.

With that out of the way, let me say that the peu de goût that Mr. Condon prepared for the media was delicious.  After opening remarks by producer Darren Bagert and Condon, the atmospheric show drop lifted to reveal David Rockwell’s period-perfect set.  The cast performed the entire opening of the show (“Come Look at the Freaks”), followed up a très théâtrale presentation of each character, which ended in a gorgeous tableau.  Bill Condon may come from Hollywood, but the man understands the stage!

After the stage business, the creative team retired to the mezzanine for interviews.  I didn’t get a chance to speak to anyone myself – time was tight due to union restrictions.  But I overheard lighting wizards Jules Fisher and Peggy Eisenhauer saying that, what excites them most about this production, is the grittiness and humanity that Bill Condon has brought to the world.  I also heard the Oscar-winning prosthetics team, Dave and Lou Elsey, saying that this is their first time ever in New York.  Fresh “off the bus” and already on Broadway – now that’s showbiz!

Spotted Nelly Furtado and Luke Evans dancing like maniacs at Here Lies Love, while Michael Feingold watched on from above.

Overheard Diane Sawyer asking for directions to the Diptyque store in the West Village.

Caught A Gentleman’s Guide to Love and Murder producer Joey Parnes slipping into a taxi at JFK following a transatlantic flight.

As always, a taste of something to you and yours! 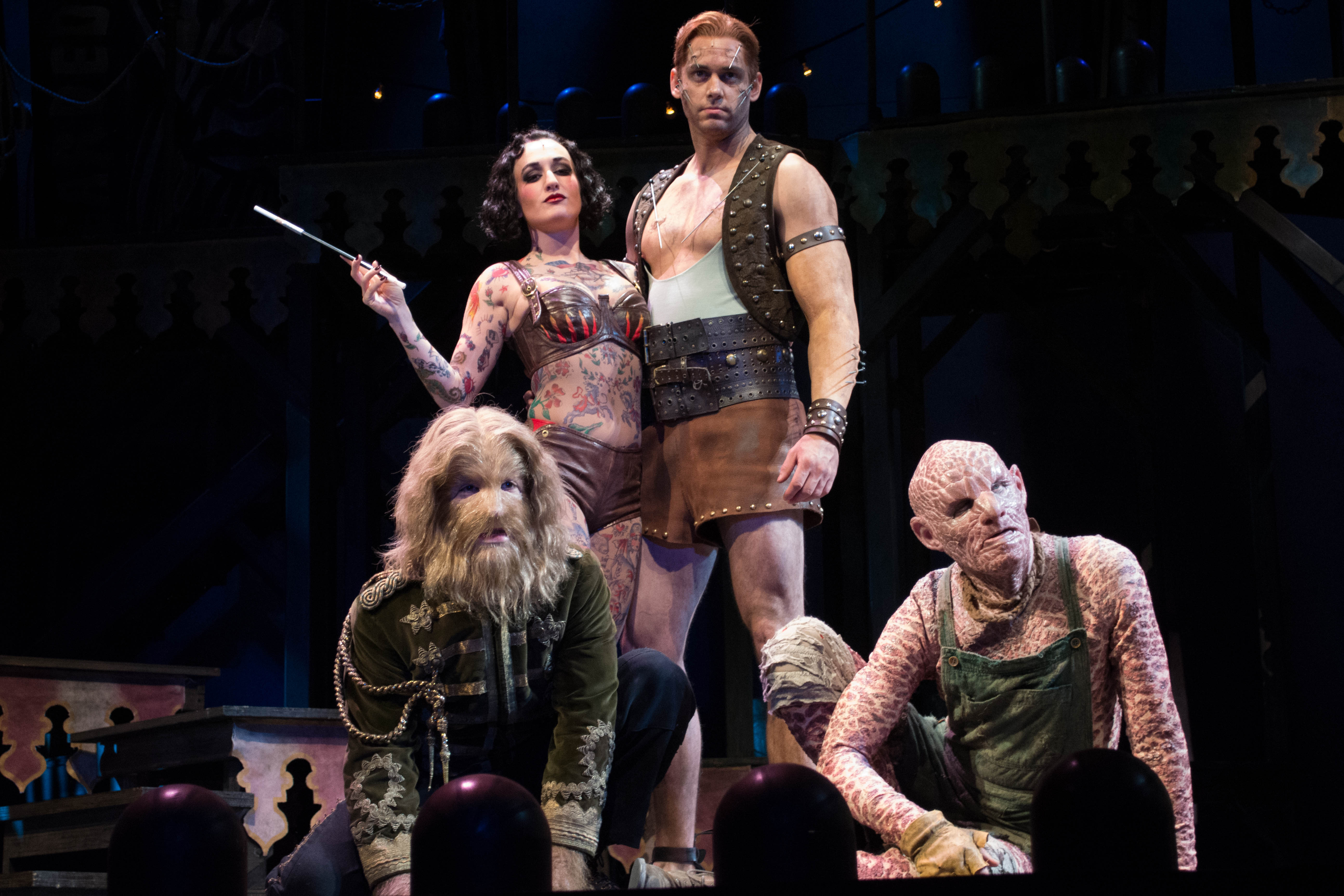