In any other year, this weekend would bring to Manhattan thousands of trim sailors in form-fitting, standard issue trousers. Oh, how I long for such a delicious taste of normalcy! The randy thrill of Fleet Week, immortalized in everything from On The Town to “Sex and the City,” is one of Gotham’s most enduring annual pleasures, but this year our ports are closed for entry. What we still have are the memories.

In 1982, I happened to be in New York for the July 4 Harbor Festival – not quite Fleet Week, but full of similar trappings. A group of strapping sailors from the Navy ship Saipan, along with a handful of equally strapping marines, were set to attend Woman of the Year on Broadway. While the Broadway community has been providing entertainment for our boys in uniform going back to the earliest days of the Stage Door Canteen, something about this particular outing still seemed novel. For one thing, a Kander and Ebb tuner following the ups and downs of a fictional marriage seemed an unlikely choice for a group of hardened military men. Their interest in the piece was, perhaps, better explained by the show’s star than its subject matter. “The most beautiful woman in the world,” Raquel Welch, had just taken over the lead role from Lauren Bacall. Well, I had been tipped off that stage management planned to surprise the boys with a backstage meet-and-greet with Ms. Welch immediately after curtain call, and press rep Merle Debuskey offered me the exclusive. (Which typically meant that Liz and Cindy had already passed.)

It was, to be frank, a nothing little assignment, a glorified photo capture describing the scene. Maybe a quote or two. I stood backstage and scribbled in my notebook, capturing some “color” as the great star posed gamely on a backstage staircase surrounded by her guests. It was fun to witness and would take me all of ten minutes to write up when I got home. I left the theater and hopped in a cab. After a few minutes, Marvin Gaye’s “What’s Going On” came on the radio. “Mother, mother / There’s too many of you crying / Brother, brother, brother / There’s far too many of you dying.” Blood rushed to my face; my cheeks burned with shame. While I was busy objectifying these young men, I failed to consider the unfathomable courage it took for them to sign up to defend our country.

When I got home I tossed out my notes, and never turned in the assignment. They wanted a puff piece, and I could no longer deliver it. To this day, that was the only deadline I ever blew.

This year, as we think about the true meaning of Memorial Day, we have a new category of heroes to honor.  I’m including the frontline healthcare workers who have made the ultimate sacrifice in my thoughts this weekend. All these years later I’m still no closer to being able to fathom that kind of bravery, but I sure feel lucky it exists. 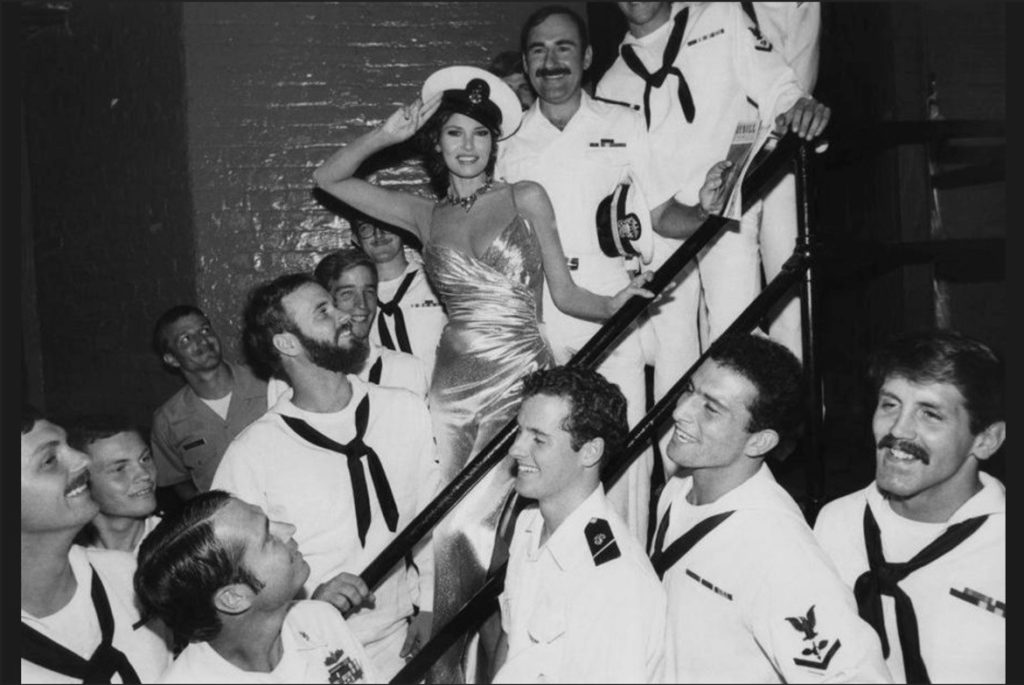