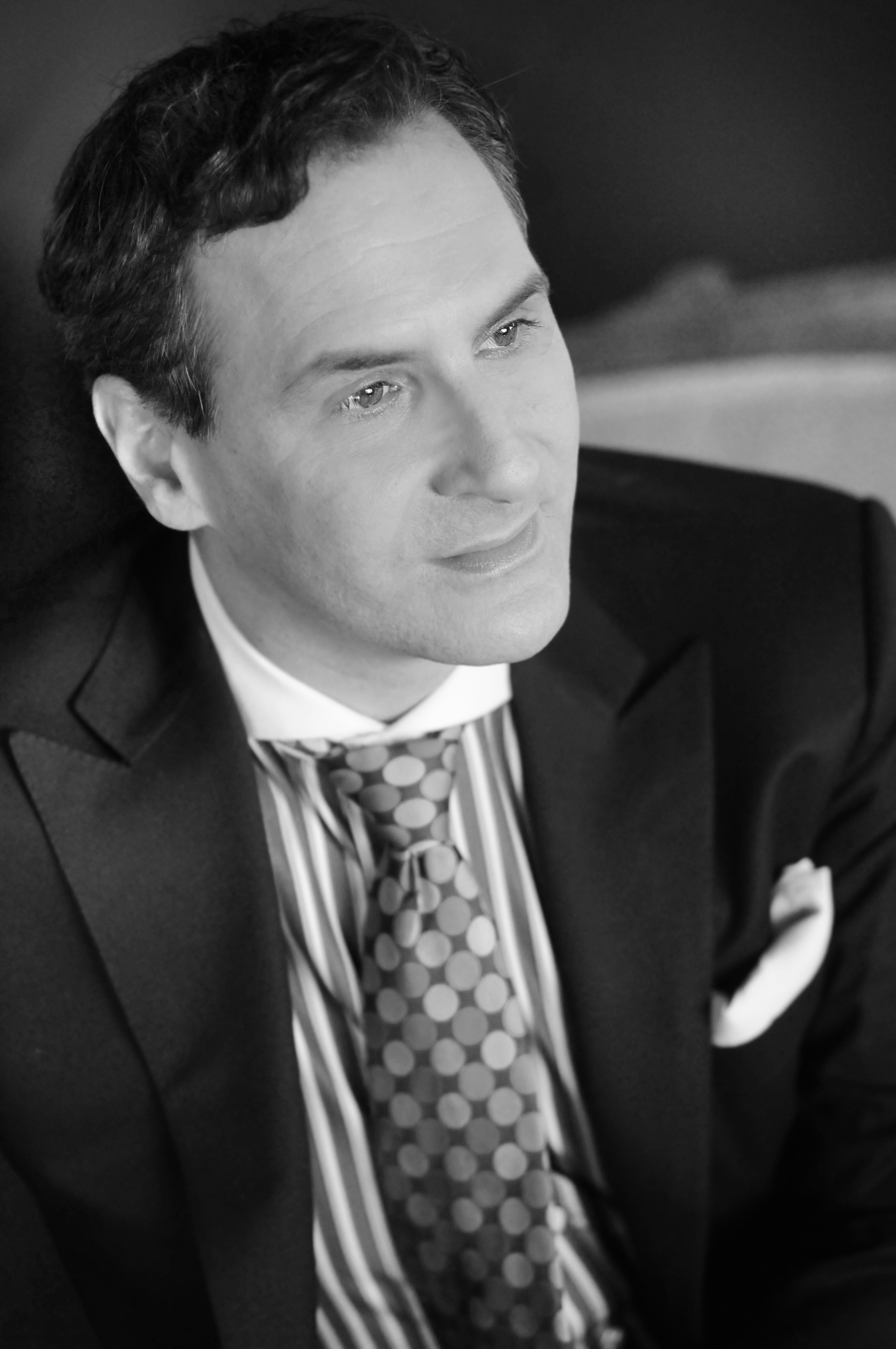 Mark Nadler is a multi-award winning entertainer, arranger and director.  Specializing in the popular music of the first half of the 20th Century, this pianist/singer/tap dancer has appeared regularly at New York's famed Algonquin Hotel and as a soloist with the New York Pops Orchestra at Carnegie Hall, as well as with many prominent Symphony Orchestras around the world.  York Theatre Company presents his most personal and gripping show, I'm a Stranger Here Myself, in which Mark Nadler explores the depths of the European expatriate experience. The three week engagement starts performances on April 29th and opens on May 2nd.

What do you consider to be your best asset?
My sense of humor.  Unless, of course, this interview ends up not being funny, in which case it's my ability to bounce back from public humiliation.

What was your proudest moment?
Sharing a stage with Bill Cosby and Chita Rivera at a fundraiser for Art Start, for which I'm on the executive board.  We raised 100,000 bucks that night and I had a ball performing with those two legends.

What is your favorite drink?
Black Cherry Juice, Vodka, fresh Lime Juice and Tabasco.  Shake it hard and serve it straight up.  I invented this drink when my doctor told me I'm no longer allowed to drink straight gin.

What is your favorite food?
I have so many favorites that I can't even begin to answer this.  If you're looking to take me to dinner, we can discuss it then.

What is your favorite condiment?
Fort Henry Sauce.  (This is a sauce made of mayonnaise, ketchup and curry.)

What is your current obsession?
The fact that I have 190 seats to fill 7 times a week at The York Theatre for, at least, the next three weeks!!!

If you could give up one of your vices, what would it be?
Giving things up.

What is the one professional accomplishment you long for most?
I want this show that I'm doing at The York, “I'm a Stranger Here Myself”, to go to Broadway and then to become a major Oscar-winning motion picture.  Of course, none of this will happen if I don't fill 190 seats 7 times a week for the next three weeks.

What do you consider to be the single greatest threat to your health?
Critics.

What is the single best trait you inherited or learned from your parents?
This is a little bit like my favorite foods — there are so many.  My mother was an artist and my father was extremely philanthropic.  I am (I hope) both of those things.

What is the single worst trait you inherited or learned from your parents?
Both of my parents had a serious chip on their shoulder and I resent you asking this question.

What in the world most thrills you?
I could be funny here, but the truth is that what thrills me more than anything in the world is either witnessing or being part of a magnificent stage performance.  There's just nothing like it.

What current trend in popular culture most irritates you?
The fact that I'm not more revered.

What was the single most embarrassing moment you've ever experienced on the job?
I was doing a show wherein I had to fall back on the piano and spread my legs as if I were giving birth.  At one performance when I did this, my pants split wide open.  I wasn’t humiliated that my pants split — I was humiliated that I hadn't had the foresight to have “CD's Available After the Show” printed on my underwear.

What is your favorite place in the world?
My home.  Again, not funny, but, honestly, when you have a dog and a partner like mine — well, oh, Auntie Em, there's just no place like home.

What is the most important trait you seek in a romantic partner?
That they think I'm sexy.

Do you prefer the company of dogs or cats?
I love both.  Unfortunately, I'm allergic to cats.  My dog, Banjo the Wonderdog, happens to be the love of my life.  I just celebrated his Bark Mitzvah with a party at my house.  170 people came to sing about and drink to Banjo.  That event was in January. I'm still cleaning up…

What would have to happen to make today the best day of your life?
A call saying that the entire run at The York is sold out and that the show is going to Broadway, but only on the condition that I agree to do the major motion picture of it.

What is your personal motto?
If you can't hide it, decorate it.