The digital revolution nearly killed my career so you might think I’d be wary of new media. Au contraire, mes chéries. I am absolutely addicted to this new form of on-demand radio called the podcast.  What many passersby have mistaken for a fancy hearing aid is actually my new Powerbeats Pro wireless earphones, which have become near-permanent ocular fixtures lately, so I never miss a moment of audio content.

Among my favorite podcasts is “The Fabulous Invalid,” which offers in-depth interviews with the biggest names working on Broadway, ranging from actors to designers and everything in between, as well as industry analysis and good old-fashioned gossip.  Its trio of co-hosts includes Jamie Du Mont, Rob Russo, and Tony Award nominee Jennifer Simard.  It’s entering its second season with a lot of momentum, having closed out its first with a rare, exclusive interview with none other than theater superfan and winner of the 2016 popular vote for President of the United States, Hillary Rodham Clinton.

Well, no milestone on Broadway passes without a proper celebration, so it was no surprise that this second season was heralded by a party, held at DKC/O&M’s brightly painted, art-studded midtown offices.  Among the revelers were Joel Grey, William Ivey Long, Imogen Lloyd Webber, and Ted Chapin.  Even a balloon artist was on-hand, sending certain O&M staffers into an absolute frenzy.

The second season opens with a not-to-be-missed Betty Buckley sit-down and will continue with new episodes each week.

Oh, I should mention that The Fabulous Invalid borrows its name from the title of a 1938 backstage play by Kaufman and Hart.  It was later used as a lovingly mocking term for Broadway itself.  The phrase also happens to have personal resonance for me, as it was my parents’ secret nickname for my Great Aunt Sally, the eight-toed heir to the Ralston Purina fortune.

Spotted Wendy Bridges at Aspen Wine and Spirits buying a few bottles of champagne after catching a noon performance of Courtney Baron‘s When It’s You at Theatre Aspen’s Solo Flights Festival.

Overheard a dressed-to-the-tens donor type congratulating American Theatre Wing President Heather Hitchens on her “best gala yet.”  The event, celebrating the legacy of Jonathan Larson, raised a record-shattering $2 million for The Wing.

And now, in a fitting way to close a column all about auditory entertainment, a hearty congratulations to my old pal Jess Cagle, who just launched his daily SiriusXM talk show, “The Jess Cagle Show.” His first guest?  None other than Julia Roberts.  Listen live at 6pm EST weekdays on SiriusXM Stars! 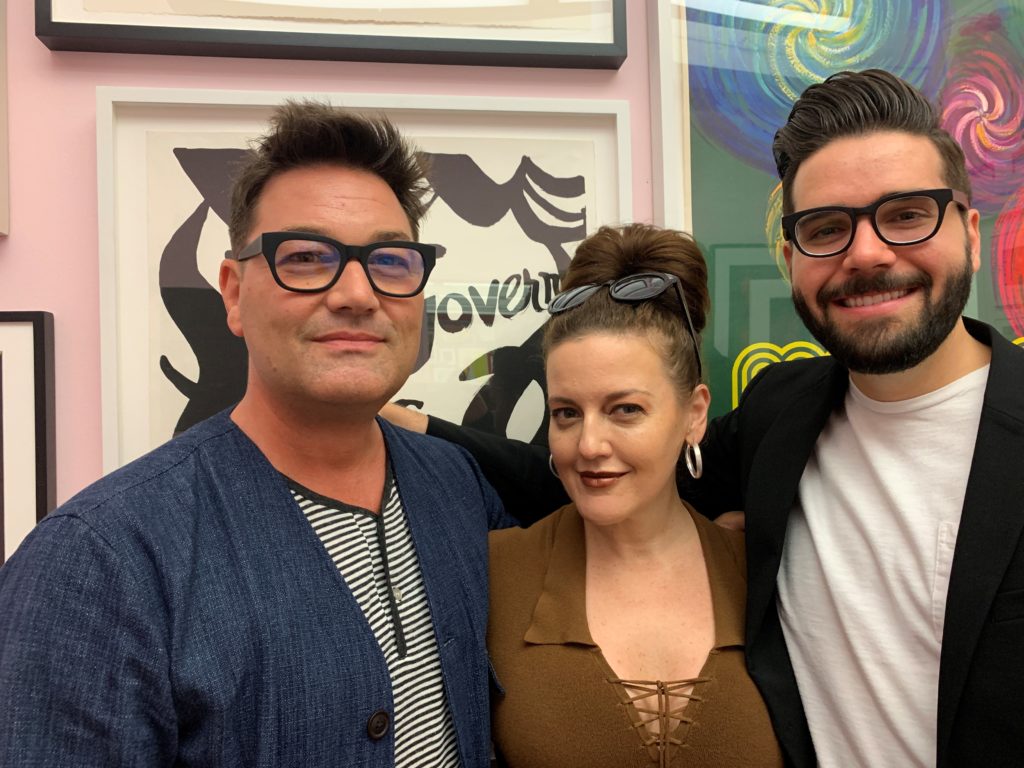