New York, NY – The producers of the upcoming Broadway reimagining of Side Show have revealed the production’s alluring poster artwork, that features a portrait of leading ladies Erin Davie and Emily Padgett, and captures the show’s blend of vintage show business with the uniquely cinematic aesthetic that comes from the vision of Academy Award® winner Bill Condon (Chicago, Dreamgirls, Twilight Breaking Dawn Parts 1 & 2).  As previously announced, Mr. Condon is making his theatrical debut as director of Side Show, which opens on Broadway, this fall.

Stacey Lieberman-Prince, Executive Creative Director of Spotco, the advertising agency that created the artwork, stated, “The campaign was designed to capture the vividness that Bill Condon is bringing to the production and to evoke the intrigue that catapulted the Hilton twins to being one of the biggest entertainment celebrities of their time.  We didn't want to give their whole story away in the initial image, instead we're hinting at the fact that they're conjoined.”  She went on to add, “The pose is very specific.   Holding each other’s hands represents the emotional bond that they shared throughout their lives, and their faces looking off in opposite directions suggests that they were individuals who managed to live surprisingly unique lives. We worked with the celebrated fashion photographer Andrew Eccles to create the image that's both glamorous and mysterious at the same time.”

Side Show is inspired by the remarkable true story of the Hilton twins, Daisy and Violet, who were legends in their time and the highest paid performers on the vaudeville circuit. Side Show is their heartwarming search for first love and acceptance amidst the spectacle of fame and scrutiny under the spotlight.  Mr. Condon’s vivid production of Side Show seamlessly blends the worlds of carnival, vaudeville, and Hollywood glamour.

The original musical, beloved by legions of fans, premiered on Broadway in 1997, and was hailed as “Something to marvel at” (Ben Brantley, New York Times). It went on to earn four Tony Award® nominations including Best Musical, Best Original Score of a Musical and Best Book of a Musical.

Tickets are now on sale and can be purchased by visiting SideShowBroadway.com. Side Show will begin Previews on Broadway Tuesday, October 28 with an official Opening Night on Monday, November 17.

Complete cast and additional information for Side Show will be announced shortly.

“A Searing, Soaring American Musical is Reborn!” “Dazzling!”
“Anyone not knocked out by this ravishing musical is hereby ordered to have their vital signs checked.”
(Peter Marks, The Washington Post)

“This vivid new production of Side Show is less a revival than a full-scale reimagining of the show.”
“Side Show is emotionally stirring.”
(Charles Isherwood, New York Times)

“Side Show has the flash and velocity of a Hollywood motion picture,
which puts gripping emotion in the main tent.”
(Charles McNulty, Los Angeles Times) 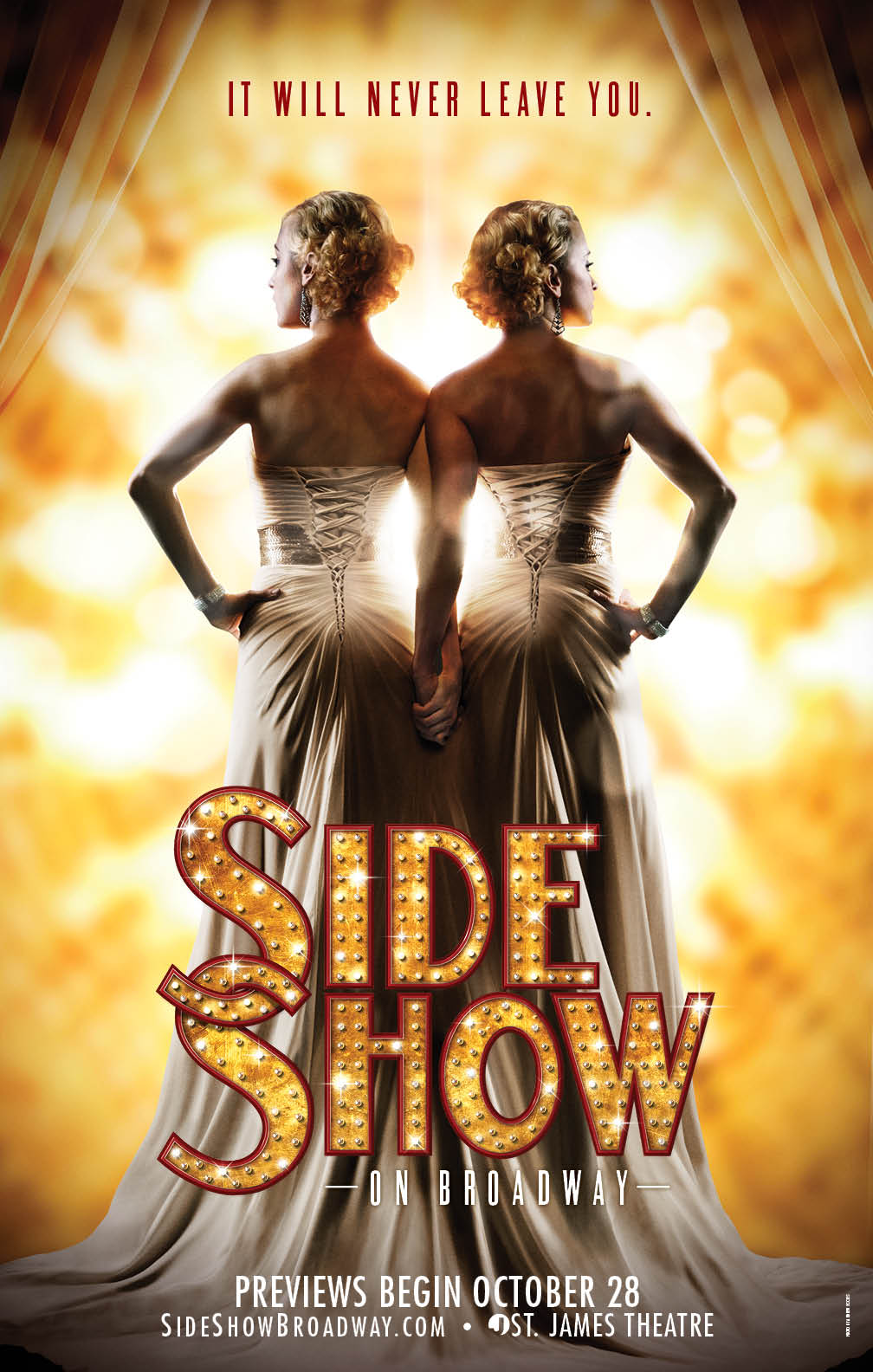