“No Sad Songs for Me”

Four of the biggest names in the history of Broadway have come together to throw their weight behind the new movie, Pride. Philip J. Smith, Mike Nichols, Stephen Sondheim, and Scott Rudin are co-hosting an invitation-only Broadway industry screening at the Ziegfeld on Monday night. But you won’t see any of their names when the credits roll. So it begs the question: why are these industry giants promoting this little movie? Well, I’m told it’s because it’s just that good. Based on a little known true story, the plot centers on a group of gay and lesbian activists who forge the unlikeliest of alliances by supporting a small mining town during the UK miners’ strike in the mid-80’s. I hear it’s both laugh-out-loud funny and a real tear jerker. It’s
opening in major markets later this month, but those with connections will be seeing it on Monday – a few weeks ahead of the rest of us poor schleppers.

Speaking of alliances, I was delighted that Our Beloved First Lady of Comedy, Joan Rivers, got the Broadway send-off she deserved after the League reversed its decision and decided to dim the lights. Kudos for Jordan Roth to be the first of the major theater owners to step up and help make this happen! I know Joan was looking down and smiling. I missed the ceremonial lights dimming because I was downtown at the Public Theater’s plush Library, where David Rockwell (who designed that space)was feting Bill Condon. Condon is directing the upcoming revival of Side Show, for which Rockwell designed the sets. The event marked Condon’s official induction into the Broadway stratosphere. Though the ever glamorous Anika Noni Rose was in attendance, who starred in Condon’s movie version of Dreamgirls, reminding everyone of Condon’s Hollywood roots. Side Show co-creators Henry Krieger and Bill Russell were in attendance, as were the show’s co-stars Erin Davie and Emily Padgett. Those girls must already be in character because they showed up together in matching outfits (I’m told Rachel Antonoff designed the chic duds). The most popular guest of the evening, though, was Dr. Barry Kohn. Broadway’s reining doctor-oncall was giving out free flu shots to anyone and everyone – a gesture producer Darren Bagert dubbed, “the ultimate party favor.” I am terrified of needles, so I stuck to shots of vodka.

Last night, I attended the elegant presentation of the Yale Drama Series Prize at Lincoln Center. We were there to give kudos to this year’s winning play, chosen by judge Marsha Norman: Serial Black Face by Janine Nabers. Not only does Ms. Nabers receive a cash prize, but Yale University Press is publishing the play. The highlight of the evening was watching Ms. Norman and John Guare receive busts of their heads – a surprise gift from Francine Horn. I adore a good bust!

Spotted Ed Burns and his daughter heading into a parking garage in Tribeca, the daughter wearing a sweatshirt emblazoned with the phrase, “Happier in the Hamptons.” Aren’t we all?

Saw Sarah Jessica Parker popping into the Gerald Schoenfeld Theatre, where her hubby Matthew Broderick is currently starring in It’s Only A Play. 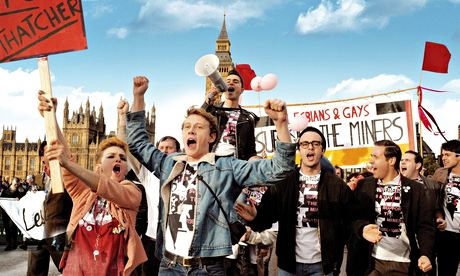