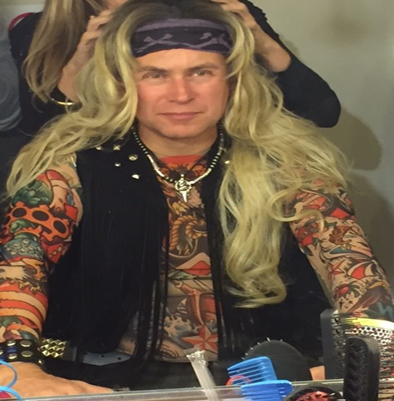 Halloween is just around the corner, and instead of ghosts and ghouls, we have rockers. School of Rock will be making some serious noise at the Halloween Parade this year. Before the festivities, the kids will be interviewed by some tattoo and bandana-clad NY1 reporters. In this photo of the week, Pat Kiernan tries on his righteous costume, channeling the lead rocker from the School of Rock rival band No Vacancy. We expect some serious shredding to be had on the streets of Greenwich Village!