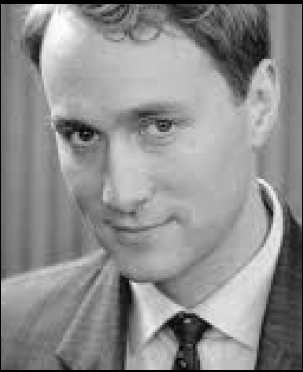 When he’s not balancing the hectic life of a soon-to-be monarch, Oliver Chris is just your average everyday rising ‘it-boy’ of the stage. Currently, Oliver, or “Oli” as he is often referred, plays Prince William in the much-acclaimed Broadway hit King Charles III. Ironically, his Broadway debut was at the same theater (The Music Box) in One Man, Two Guvnors alongside James Corden. Across the pond, he has appeared in Lisa Kron’s West End production of Well as well as A Midsummer Night’s Dream with Dame Judi Dench. On the screen, Oli has appeared in “Silent Witness” and the BBC Three Comedy “Bluestone 42”. We are utterly delighted to have him On the Couch, though we’re more for prone coffee than spots of tea.

I try to be generous, open-minded, kind and spontaneous. Occasionally I manage one. I suppose my best asset is that I keep trying.

I once did the right thing at a difficult time and it worked out. That doesn’t happen very often. That time it did. I will always be proud of myself for that.

The olives in a Tito’s Dirty Martini at Bar Centrale.

Self-criticism. And also, smoking all that crack. Yawn.

I’d like to feel I was good at something. And also be rich.

Girls. Or sharks. Or maybe just other people. But then, they’re also succor, so what can you do? …so probably just sharks.

How to fit a washing machine.

A beautifully turned, savage phrase. Something that rips out your heart, hits it with a meat hammer, polishes it and then puts it back in your chest. The kind of phrase that makes you see this uncompromising, dirty world in a strange, new and beautiful light.

The whole of popular culture irritates me. I only start liking things at least three years after everyone else has got bored of them. #justsaying

I once criticised Downton Abbey in front of very many of the wrong people. That was…an error.

I like Kynance Cove in Cornwall. I was my happiest there.

I want to say dogs, because they’re manly and cool, but there’s only enough room for one drooling idiot in my household, so cats.

I would fall in love with a girl with kind, sparkling eyes and a smile that made my heart implode. And then win a Tony.

It’s not technically mine, but I’m gonna borrow it for a while.