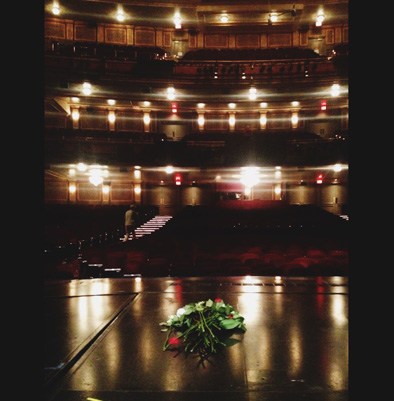 Red and white roses adorned the stage at the Foxwoods Theatre, moments after the cast of SPIDER-MAN Turn Off the Dark took their final bows on Broadway. During the run, stage management estimates that more than 500 dozen roses were present at curtain calls, including a giant 5-dozen bouquet to original cast member, Isabel Keating. The journey is not over though, because the hit musical will soon be dazzling audiences in Las Vegas. Swing on, Spidey! Swing on!