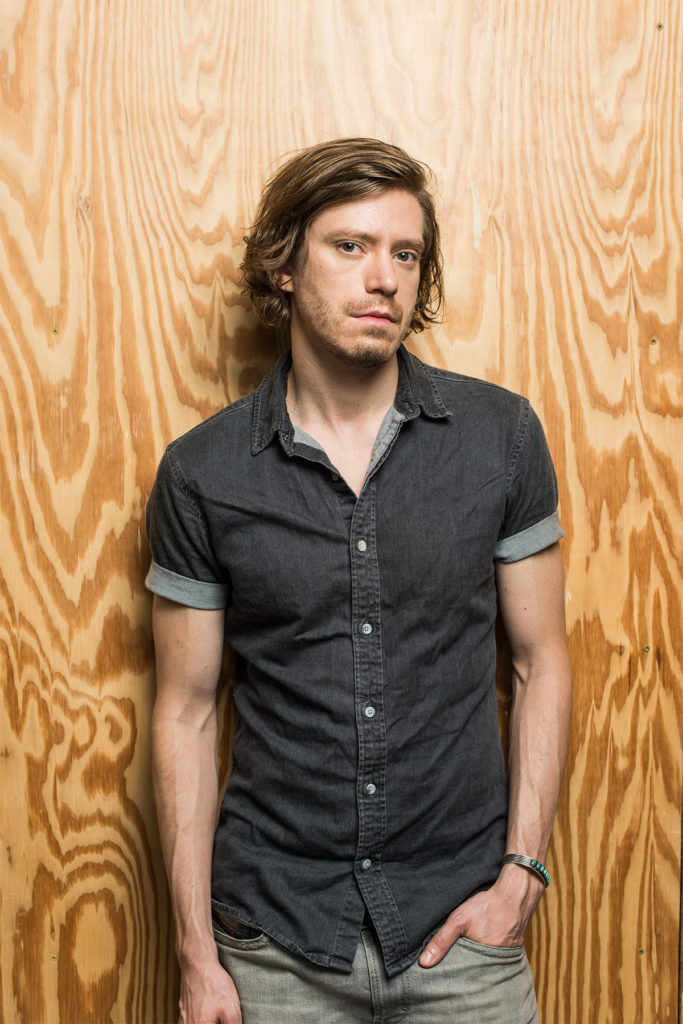 Patrick Vaill plays the brooding Jud Fry in the Tony-winning, Daniel Fish reimagined Rodgers & Hammerstein’s Oklahoma! His performance is haunting, prompting “Town & Country” to proclaim, “Patrick Vaill is the most heartbreaking Jud Fry ever cast in Oklahoma!” Not only is this Vaill’s Broadway debut, but he began his work on the show as a student at Bard College. This year, outside of performing, he has become one of the top choices for modeling editorial features in such publications as Watch Journal, Men’s Health and Town & Country. His stardom is on the rise and we wanted to get him on the couch before his second act…

What do you consider to be your best asset?
I’m not afraid of things.

What was your proudest moment?
When I learned to swim.

What is your favorite drink?
A dirty gin martini or a big full-bodied red wine

What is your favorite food?
Quite possibly the steak at Joe Allen.

What is your favorite condiment?
Bernaise.

What is your current obsession?
Irving Penn. He captures an instant and in that instant is everything in that world.

If you could give up one of your vices, which would it be?
Feeling unworthy.

What is the one professional accomplishment you long for most?
Sort of a Russian Doll of a question. When one is achieved another presents itself…

What is the one thing you waste too much money on?
Cabs.

What is the one activity you waste too much time doing?
Worrying.

What is the single best trait you inherited or learned from your parents?
A belief that art and culture are necessities, not luxuries.

What is the single worst trait you inherited or learned from your parents?
Thinking about the things I could have done.

What in the world most thrills you?
Traveling by myself.

What current trend in popular culture most irritates you?
Apathy. Though it seems to be on the way out, thank christ.

What was the single most embarrassing moment you ever experienced on the job?
I was once in a show I was embarrassed to be a part of.

What is your favorite place in the world?
Annandale-On-Hudson, New York.

What is the most important trait you seek in a romantic partner?
Independence.

Do you prefer the company of dogs or cats?
Cats, without hesitation.

What is your personal motto?
“It’s okay, Patrick. You’re okay.”