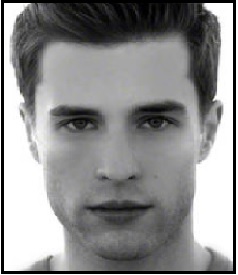 Paul McGill is one of those theater talents who doesn’t stop. One minute he’s on Broadway, the next he’s downtown, all the while creating some of the most thrilling dance numbers in the city! McGill started as a dancer and performer in hit Broadway shows such as La Cage aux Folles, Memphis and Bullets over Broadway. His choreography career began with both plays and musicals, working with Nilo Crus on his play, Tsunami, and most notably, with John Cameron Mitchell, Michael C. Hall and Darren Kris in Hedwig and the Angry Itch. Most recently, Paul is choreographing this summer’s hit – MCC Theater’s The Legend of Georgia McBride. See it while you can, but first, take some time with Paul McGill On the Couch!

What do you consider to be your best asset?
My ability to inspire, I think. But you can’t give it away if you don’t have it — so, I guess my ability to stay inspired and remain a beginner.

What was your proudest moment?
I don’t think I've had my proudest moment, but I guess thus far, it's probably been putting together a workshop of my own idea for a dance show.

What is your favorite drink?
PELLEGRINO — I could drink it all day.

What is your favorite food?
Farm fresh food. The closer to the Source, the better!

What is your favorite condiment?
Trojan

What is your current obsession?
Japan, but that's been my obsession since I was a little boy.

If you could give up one of your vices, what would it be?
I can get rid of worrying. That's a vice that doesn’t serve me.

What is the one professional accomplishment you long for most?
I want to direct and choreograph an arena tour rock concert of LARGE scale.

What is the one thing you waste too much money on?
Restaurant food. I could be more creative about how I eat.

What is the one activity you waste too much time doing?
Social Media.

What do you consider to be the single greatest threat to your health?
Stress.

What is the single best trait you inherited or learned from your parents?
Thoroughness and commitment (that's two).

What is the single worst trait you inherited or learned from your parents?
Eating poorly.

What in the world most thrills you?
Letting go of control.

What current trend in popular culture most irritates you?
Making stupid people famous.

What was the single most embarrassing moment you've ever experienced on the job?
Forgetting my own choreography.

What is your favorite place in the world?
Japan — though I haven’t been there yet.

What is the most important trait you seek in a romantic partner?
Honesty. I'm a big boy.

What would have to happen to make today the best day of your life?
That's an unfair question! Today is ALL we have. If I'm thinking about that, then I'm in resistance and out of the flow of life. Might sound cheesy, but it's true.

What is your personal motto?
Donkey vup.