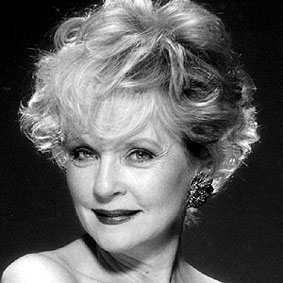 This week we put the legendary Penny Fuller on the couch. Her remarkable multi-decade-spanning acting career has included memorable roles all across all mediums — musicals, plays, television and film — including her unforgettable and Tony-nominated turn as Eve Harrington in Applause opposite Lauren Bacall. She also took home an Emmy Award for her performance as Mrs. Kendal in the television version of “The Elephant Man.”

On Wednesday, April 28 she will be appearing live onstage at 59E59 (with special guest Charles Strouse) in a special, one-night-only concert, as part of Primary Stages’ “Concert Series” celebrating the theater company's 25th Anniversary.   The show begins at 8:00 PM. For tickets, call Ticket Central at (212) 279-4200, visit http://www.ticketcentral.com, or purchase them in person at the 59E59 THEATERS Box Office. Please visit the website at http://www.primarystages.org, or call (212) 840-9705 for additional information.

Q: What do you consider to be your best asset?
A: My ability to find great teachers.

Q: What was your proudest moment?
A: The birth of my daughter.

Q: What is your favorite drink?
A: Alcohol? Scotch and champagne; I am a Southern girl so have to include “co-cola”)

Q: What is your favorite food?
A: Almost anything but fish.

Q: What is your favorite condiment?
A: Chutney.

Q: What is your current obsession?
A: History of Austro-Hungarian Empire before WWI.

Q: If you could give up one of your vices, what would it be?
A: I have NO vices as far as I know.

Q: What is the one professional accomplishment you long for most?
A: To play Shakespeare’s Cleopatra (now that I have missed Blanche Du Bois and got to do Desiree in A LITTLE NIGHT MUSIC).

Q: What is the one thing you waste too much money on?
A: Taxis.

Q: What is the one activity you waste too much time doing?
A: Worrying about getting “it all done” and then not getting it all done.

Q: What do you consider to be the single greatest threat to your health?
A: Stress from taking on too much.

Q: What is the single best trait you inherited or learned from your parents?
A: Love of music.

Q: What is the single worst trait you inherited or learned from your parents?
A: Seeing both sides of everything and not my own.

Q: What in the world most thrills you?
A: Wonderful performances in the arts.

Q: What current trend in popular culture most irritates you?
A: To much “in your face” and not making room for the audience to PARTICIPATE.

Q: What was the single most embarrassing moment you’ve ever experienced on the job?
A: My first job was touring in a difficult part in a difficult play: I would get good reviews in one city, and the next week not-so-good; then the best in the next; THEN I got the worst review!!! So I learned: a review is an opinion! Don’t read them!!!!!

Q: What is your favorite place in the world?
A: London, the English countryside, Paris, Rome, Prague, Greece…CAN’T DECIDE!!!!!

Q: What is the most important trait you seek in a romantic partner?
A: Humor!!!!

Q: Do you prefer the company of dogs or cats?
A: To humans? Probably!

Q: What would have to happen to make today the best day of your life?
A: A full 8 1/2 hours of uninterrupted sleep every night from now on!!!!!!

Q: What is your personal motto?
A: Don’t forget the keys, the metro card, your glasses, and the cell phone!