The great champagne shortage of 2014 stretches on with no clear end in sight. My assistant has been ringing various retailers around the Times Square area, and it seems that prices are still sky high and stocks are depressingly low. Perhaps that explains why Thursday’s Outer Critics Circle Award ceremony was forced to go “cash bar.”

Despite having to pay for my drinks, I always find the OCC ceremony to be one of the great delights of the theatrical awards season. As Jefferson Mays pointed out in his acceptance speech for Outstanding Actor in a Musical, it’s a remarkably humane affair; for they announce the winners in advance, so no one is forced to sit there in agonized anticipation of hearing one’s name called… or not called. Because the winners know in advance, they come prepared with well crafted and calmly delivered remarks.

I also love it because of all the personalities in the room. The Outer Critics Circle is made up of a motley crew of the theatrical press corps who work for outlets that serve communities outside of the Greater New York Area. Colorful characters, all.

Perhaps none more colorful than my old friend Aubrey Rueben, the diminutive red carpet photographer, who once gave an interview to the New Yorker claiming that he cast his Tony votes based on the bust size of the performer. That little stunt allegedly got him banned from the Tony nominating committee, but it didn’t stop him from publishing an essay in 2007 delving into his sex life in graphic detail. Ask Aubrey how he’s doing and you’ll get the same answer every time: “Always good!” he shoots back with a grin. (And if his personal life bears any resemblance how it’s portrayed in that essay, you know why!)

The best line from the ceremony? Gentleman’s Guide book writer, Robert Freedman’s quip, “After years of being tortured by my inner critic, it’s so gratifying to be acknowledged by the Outer Critics.”

Spotted a Countess, a Princess and a Queen the other night at the gala for the ACE Partnership for the Homeless at The Diamond Horseshoe. The royal trio was made up of Countess Luann de Lesseps, Princess Carole Radziwill, and title character from Queen of the Night.

Caught Eugene Levy singing along to “I Feel the Earth Move” at Beautiful.

Saw Sara Gilbert, Jim Parsons and Cynthia Nixon at a recent performance of Mothers and Sons.

Overheard a group of fans sing “Happy Birthday” to Patti LaBelle at Sirius/XM, where she was promoting her upcoming return to Broadway in After Midnight. 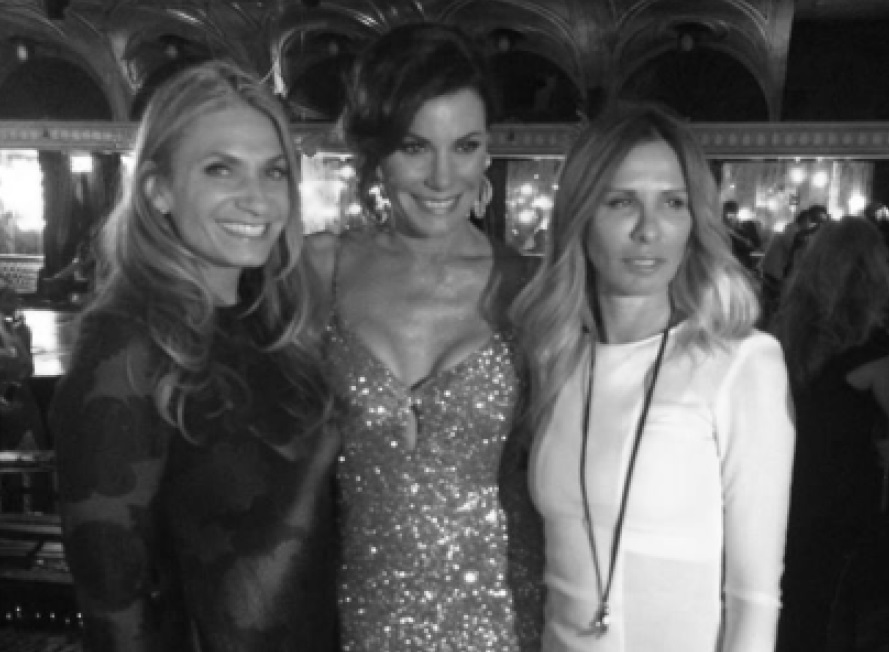