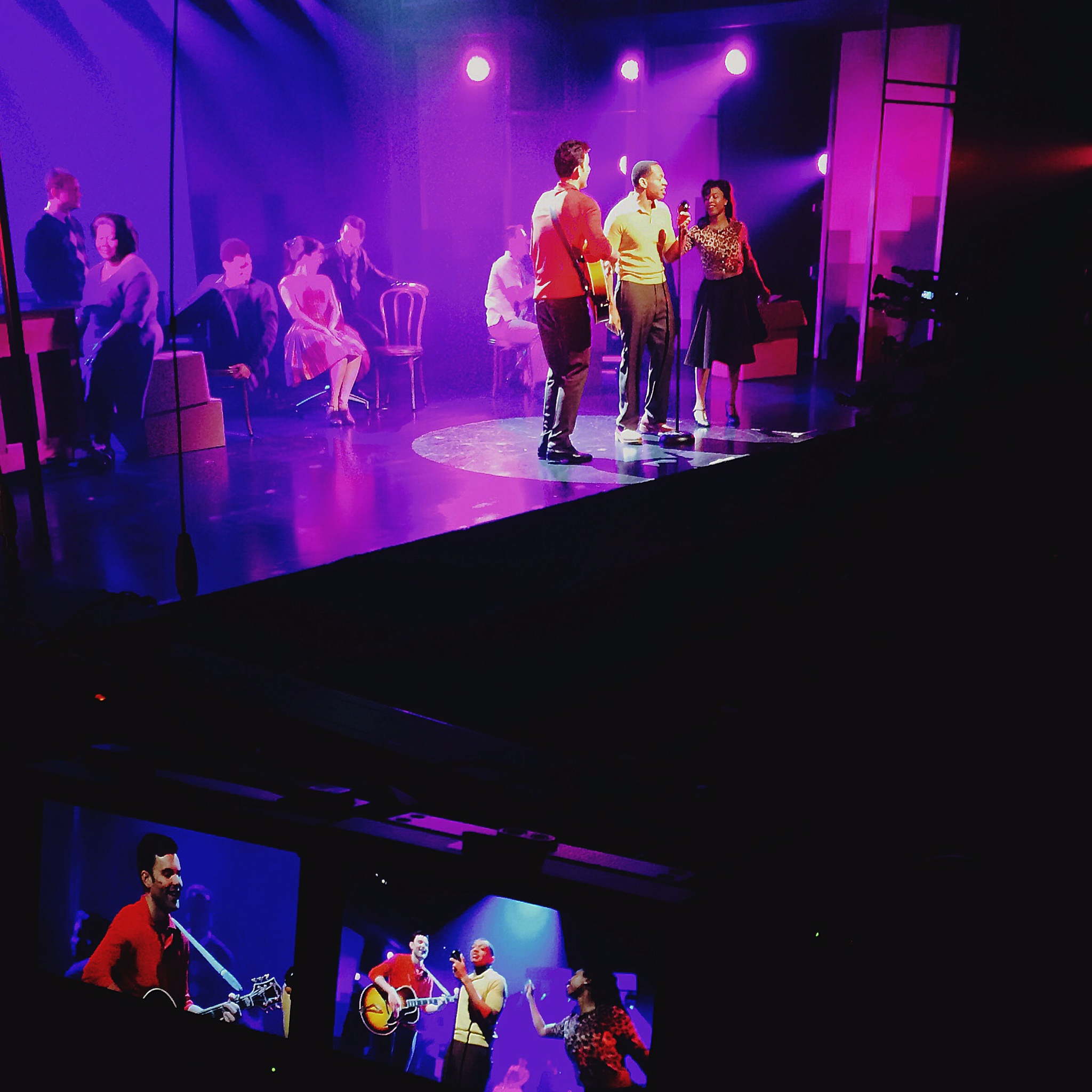 Photos of the Week! Part III: Twist and Shout!

The cast of “Piece of My Heart: The Bert Berns Story” had a blast twisting and shouting for the cameras last Wednesday as they filmed promotional B-roll footage for the show! “Piece of My Heart: The Bert Berns Story” tells the remarkable story of Bert Berns, once dubbed by Rolling Stone “one of the great untold stories of rock and roll,” through his hit songs, which include “Twist and Shout,” “Tell Him,” “I Want Candy,” “Hang On Sloopy,” “Cry Baby,” “Piece of My Heart,” and many more. In his short career, Berns left an indelible mark on popular music; he made fifty-one pop chart singles in seven years and became one of the most successful songwriters of the 1960s. Be sure to put on your dancing shoes and join us at the Pershing Square Signature Center for the July 21st opening!