**THE DIRTIEST PUPPET IN TIMES SQUARE**

TO CHECK OUT HIS NEW BILLBOARD

New York, NY – The new American play, Hand to God by Robert Askins in his Broadway debut, has now begun rehearsals for its Broadway bow, and leading man/puppet Tyrone has taken to Times Square to check out his new billboard, and wreck a little havoc along the way. 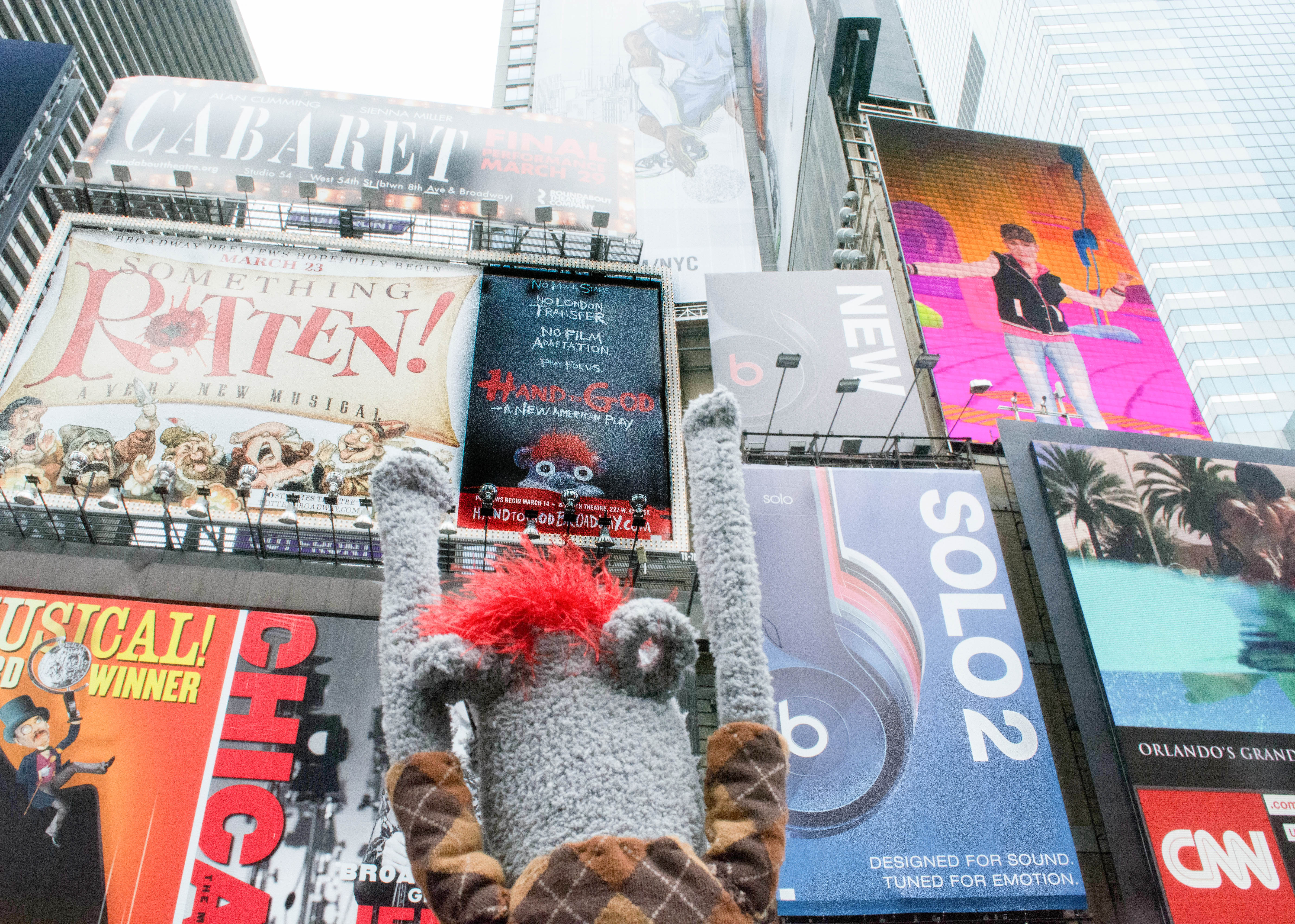 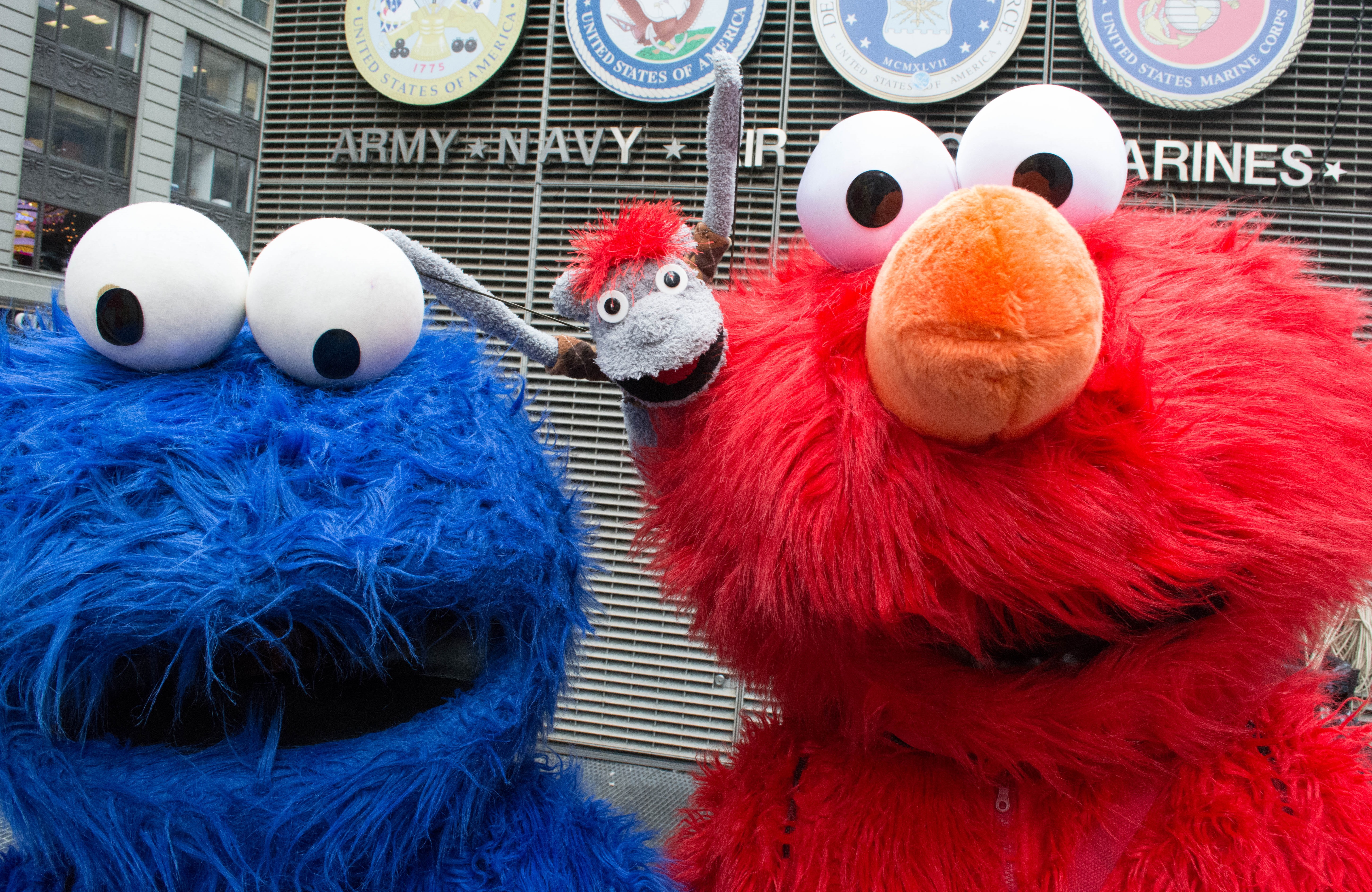 Hand to God will open on Broadway on April 7, 2015 at the Booth Theatre (222 West 45th Street), marking the Broadway debut of playwright Robert Askins.    Hand to God is directed by Moritz von Stuelpnagel in his Broadway debut with previews beginning at the Booth Theatre on Saturday, March 14, 2015 ahead of the April 7th opening.  For more info, visit www.HandToGodBroadway.com.

The hilarious and provocative Hand to God centers on shy, inquisitive student Jason, who finds an outlet for his burgeoning creativity at the Christian Puppet Ministry in the devoutly religious, relatively quiet small town of Cypress, Texas.  Jason’s complicated relationships with the town pastor, the school bully, the girl next door and—most especially—his mother are thrown into further upheaval when Jason’s hand puppet Tyrone—once soft-spoken—takes on a shocking and dangerously irreverent personality all its own.  As Tyrone’s influence over Jason steadily grows, Hand to God explores the startlingly fragile nature of faith, morality, and the ties that bind us.

Hand to God will feature the complete cast of the hit 2014 MCC Theater production: Steven Boyer as Jason/Tyrone; Geneva Carr, in her Broadway debut, as Margery; Tony® Award nominee Marc Kudisch as Pastor Greg; Sarah Stiles as Jessica; and Michael Oberholtzer, in his Broadway debut, as Timmy.

Hand to God is produced on Broadway by Kevin McCollum, whose credits include Rent, Avenue Q and In the Heights—each the winner of the Tony® Award for Best Musical; as well as The Drowsy Chaperone and Motown the Musical, among many others. 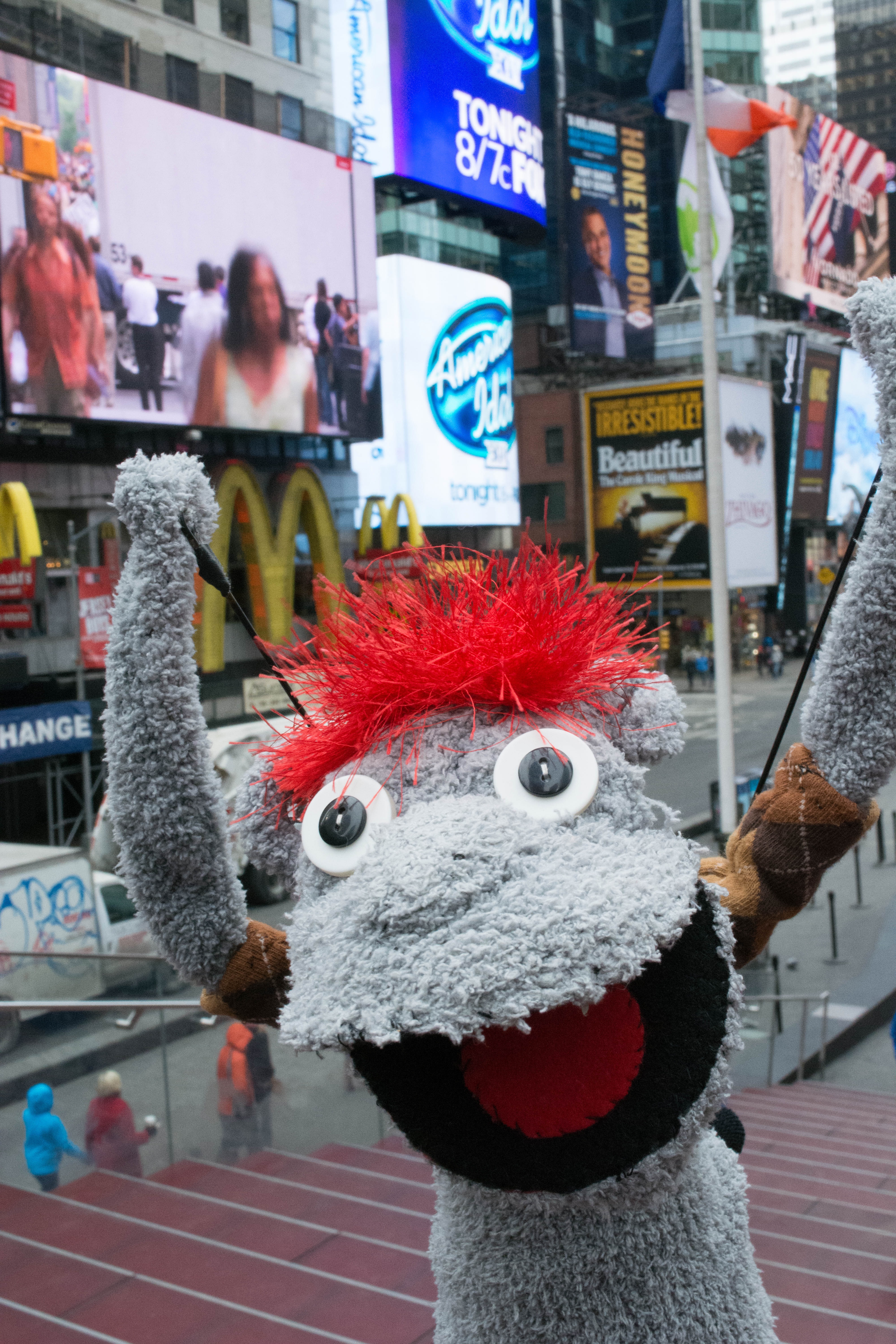