Stage Left: The Podcast is a bi-monthly podcast featuring lively and engaging conversations with New York City’s younger theater critics and journalists about the hottest and most noteworthy productions on Broadway and beyond. Anchored by Rob Russo, each episode features an in-depth roundtable discussion with a rotating roster of guest panelists with the mission of broadening the cultural discussion to elevate and include diverse perspectives.

Stage Left: The Podcast is produced by O&M ETC. and the team behind The Fabulous Invalid in partnership with The Broadway Podcast Network.

Rob Russo is a New York-based writer covering the theater scene for his website and weekly e-mail newsletter Stage Left (www.stageleft.nyc). He is also a co-host and producer of The Fabulous Invalid podcast (www.thefabulousinvalid.com), a Drama Desk Awards Voting Member, and has worked on the personal staff of former U.S. Secretary of State Hillary Rodham Clinton since 2008. 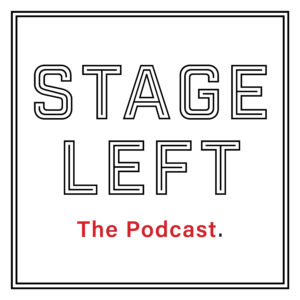