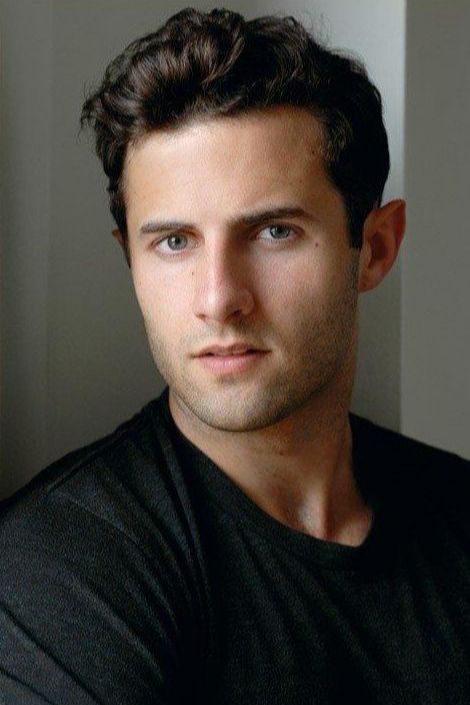 Andrew and Meghan may be in Canada, but The Royals are coming to New York and Broadway when DIANA: A True Musical Story begins previews at the Longacre Theatre on March 2nd in advance of a March 29th opening night. Making his Broadway debut as Prince Charles, Roe Hartrampf is ready to be Broadway’s newest leading man. Busy in rehearsal, we caught up with Roe to find out a few of his royal secrets as he joins us On The Couch.

What do you consider to be your best asset?
I place a lot of importance on listening to other people, trying to really hear them instead of waiting for my turn to speak. Something that goes a long way in life and in acting as well.

What was your proudest moment?
I think it was seeing my name in The New York Times for the first time. It was probably in 2010 or 2011. My mother’s father, Jim Moore, had read the Times every day when he was alive so I knew he was somewhere smiling and laughing that day.

What is your favorite drink?
I’m a big fan of the classics so I usually stick with a Negroni, but for a twist, I’ll substitute mezcal for gin. Highly recommend it.

What is your favorite food?
Anything breakfast related!

What is your favorite condiment?
I don’t think I could go a day without hot sauce. Shout out to runner-ups mayo and mustard, but Cholula has my heart.

What is your current obsession?
I honestly cannot stop watching The Great British Bake Off. Started out as a novelty, and now I have very strong opinions about how long to whip egg whites when making an Italian meringue.

If you could give up one of your vices, what would it be?
I should definitely put my phone down every once in a while. Which is ironic, because I’m currently using it to answer this questionnaire…

What is the one professional accomplishment you long for most?
I can’t wait for my mom to see me take a bow in front of a Broadway audience for the first time. Just thinking about the time and effort she and my family put into my dreams and giving me the opportunity to make my debut in this show. I know that moment is going to mean so much. But it also means I’m going to need to find a new answer for this question after March 2nd!

What is the one thing you waste too much money on?
Definitely cold brew. I’m one of those iced-coffee-year-round people which means I’m throwing five bucks a day at my local barista no matter the weather.

What is the one activity you waste too much time doing?
Speaking of things I throw money at, whether I’m actually in need of a new outfit or not, you can usually find me shopping for clothes either online or in stores. I would like to take this opportunity to apologize to my paycheck.

What do you consider to be the single greatest threat to your health?
Dehydration? Between all the negronis and the iced coffee, I often forget to drink my eight cups of water a day.

What is the single best trait you inherited or learned from your parents?
Growing up in the south my parents taught me a lot about putting other people first. Whether it’s within our own family or working with others in need, they’ve always made that an emphasis in our lives.

What in the world most thrills you?
These days I’m most thrilled by my couch, my dog, and a good book.

What current trend in popular culture most irritates you?
This goes back to something I consider an asset of mine but I feel like most of the world is having a hard time listening to, and really hearing, other people at this current moment.

What was the single most embarrassing moment you’ve ever experienced on the job?
There was a performance of Diana during our out of town tryout in La Jolla when the button of my suit pants popped off during a quick change. The audience that night must have thought Prince Charles had a quirky habit of keeping his hands on his belt loops but it was either that or giving them a good peek at the royal dance belt.

What is your favorite place in the world?
My family has a farm in the mountains of North Carolina that holds a special place in my heart. It’s where my family comes together for weddings, holidays, barbecues and general mischief. It doesn’t get much better than that.

What is the most important trait you seek in a romantic partner?
I think one of the most essential parts of a partnership is each person having a full understanding and appreciation of themselves as individuals first, making the choice to be in a couple even more meaningful.

Do you prefer the company of dogs or cats?
I’m the proud dad of the strangest, sweetest, most handsome mutt you’ve ever seen. His name is Hoagie (like the sandwich) and while he doesn’t necessarily dislike cats we tend to keep our distance.

What would have to happen to make today the best day of your life?
Probably some combination of friends from New York, family from Atlanta, food, and beverages. Let’s throw a bonfire or a fireplace in there for good measure.

What is your personal motto?
Do the Work.