The need for connection is stronger than any other human desire (except maybe glazed donuts or a cigarette after my ninth glass of wine), and I’ve always felt that it’s the reason that good, old-fashioned, analogue live performance will outlast just about every newfangled mode of entertainment. Sitting in a darkened theater with other living beings, while breathing the same air as the artists on stage, is uniquely thrilling.  And the best theater artists know exactly how to play that give-and-take with an audience. It’s a dance. A seduction. A long, rapturous kiss.

And this is why, I’ve always said, theatricals make the best kissers. And until you’ve made out with a four-time Tony Award®-winner (something I highly recommend) I don’t want to hear any arguments!

So, when a photo of Patti LuPone and Jackie Hoffman in a lip lock broke the internet (or at least crashed All That Chat) this week, I wanted to die and get reincarnated as a tube of lip gloss!

Here’s the story behind the smooch heard ‘round the BroadwayWorld: LuPone is a longtime friend and admirer of Joel Grey’s. Having gone gaga over his production of The Normal Heart, there was no way she was going to miss his Fiddler. And see it she did, this week, at long last. So taken was she with this Yiddish production that she went backstage afterward and held a full company meeting.  (When you’re Patti LuPone you can call a company meeting at any theater in the country with a few minute’s notice.). LuPone waxed poetic. The cast wept tears of joy. And then Yente herself grabbed Evita and planted the smacker.  And then the entire cast broke out into applause and cheers. “For a minute,” one onlooker laughed, “I thought I was at The Prom.”

Overheard Edward Hibbert talking to a waiter about this year’s Tony parties at Joe Allen. 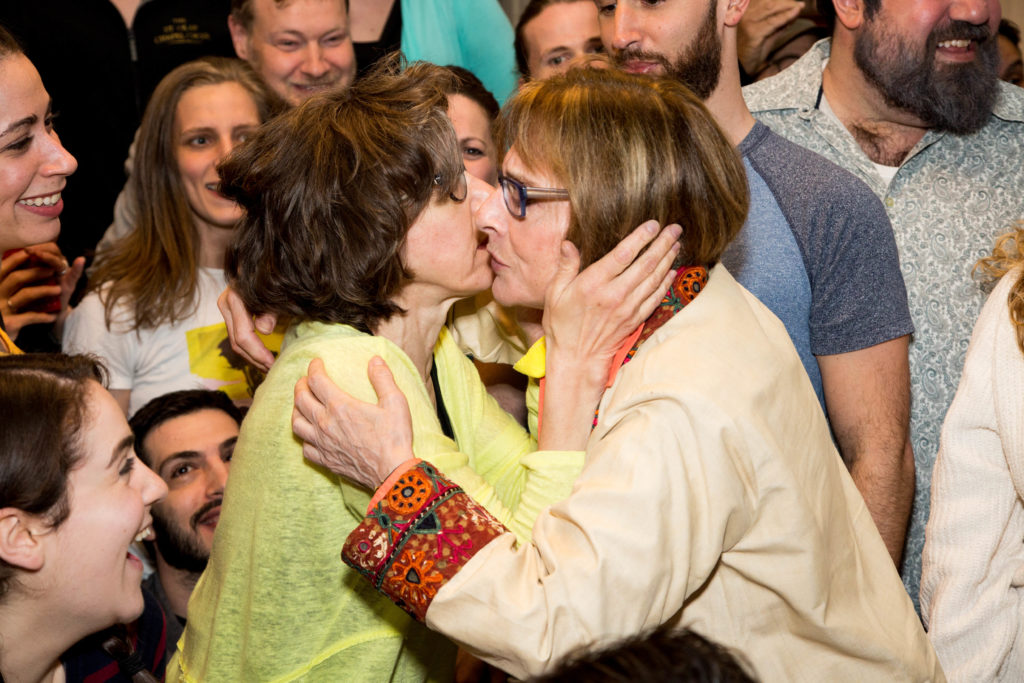