The name on everybody’s lips is gonna be … Jerry! No, not Hall, though I congratulate her on her recent nuptials to that octogenarian hunk Rupert Murdoch! Some gals have all the luck. I’m talking about Governor Jerry Brown, who set San Francisco on fire earlier this week by making a surprise appearance at the Curran Theatre for the Oakland School of the Arts’ production of School of Rock. It was the first amateur production of Andrew Lloyd Webber’s new hit Broadway musical and it was a smash. In an unprecedented move, Lord Lloyd Webber teamed up with R&H Theatricals just prior to the show’s Broadway opening to make amateur performance rights available to schools and youth groups. Anyone who knows me knows I just adore little nippers. And I usually need to drink quite a few little nippers of gin before facing children’s theater. But last night I was stone cold sober (I lost a bet) and having the time of my life. What a hoot watching the OSA kids take on all the theatrical duties, from actors to musicians to stage crew. The crew kids worked right alongside the union house crew, packs of candy cigarettes rolled up in their shirt sleeves, taking union breaks every 20 minutes or so and looking adorably surly. Lord Lloyd Webber wasn’t able to make it, but he sent in a charming video greeting that the crowd ate up. The theater’s owner, my dear friend Carole Shorenstein Hayes, presided over the evening and looking like something in between a proud mother and an old school impresario. News cameras turned out in droves, including the New York-based “On Stage Across America” team, led by Frank DiLella.

But back to the Governor. He was in fine fettle with a smile from ear to ear. It struck me, seeing him in the context of one of America’s great show houses, that he is one of the most uniquely theatrical human beings on the planet. In fact, I have an idea I don’t have the courage to pitch him directly so I’m going to just pin it to my metaphorical vision board by mentioning it in this column. He should do his own solo piece. The man was born to be on the stage. I say we commission some brilliant and quintessentially West Coast writer (Jon Robin Baitz, are you reading this?) to pen an 80-minute meditation on California for him to deliver in a limited engagement right on the stage of the Curran? Every night can end with a Q&A so it turns into a kind of dramatic town hall. This is my obsession. If anyone reading this knows Jerry, please pass this along!

Of course, I wasn’t in San Francisco just to see School of Rock. No, I was there to participate in a celebrity bowling tournament to raise money for an organization called “Another Shot” that provides heavily subsidized headshot photography to underprivileged performers. I was on a team with Scott “The Engineer” Salem, Jeremy Jackson, and the great Tom Waits (who is a surprisingly proficient bowler), and we raised nearly $60,000 for the worthy cause. I also made time to catch Dirty Dancing, playing down the street from the Curran deep in the heart of the Tenderloin, which stars the one and only Christopher Tierney. Chris came to national prominence when he took a rather large caught-on-tape spill in SPIDER-MAN Turn Off The Dark. He recovered in record time and proved himself the ultimate trooper by returning to the show to fly again. Now he’s winning hearts in the role that Patrick Swayze made famous. He plays opposite Rachel Boone in the Jennifer Grey role.

And speaking of Jennifer Grey, her legendary dad, Joel Grey, will be at the Curran next week to sit down with Kevin Sessums for his buzzy Groundbreakers series. Joel is making the rounds to promote his superb new memoir, Master of Ceremonies. I hear he may even perform a number or two. Sessums has a busy week, as he has Courtney Love in the hot seat the night prior. I don’t know what she’s promoting, but she’s always entertaining!

Spotted Paul Rudd waiting impatiently in front of the Helen Hayes Theatre for his date to The Humans to arrive, saying into his cell phone, “There’s no late

comedy to turn out for this one to support Brickell and her writing partner, Steve Martin.

And finally a giant congrats to Jordan Roth and Richie Jackson, who touched the community’s heart a few years ago with their lavish wedding, and have

now touched it again by announcing they are expecting a baby. 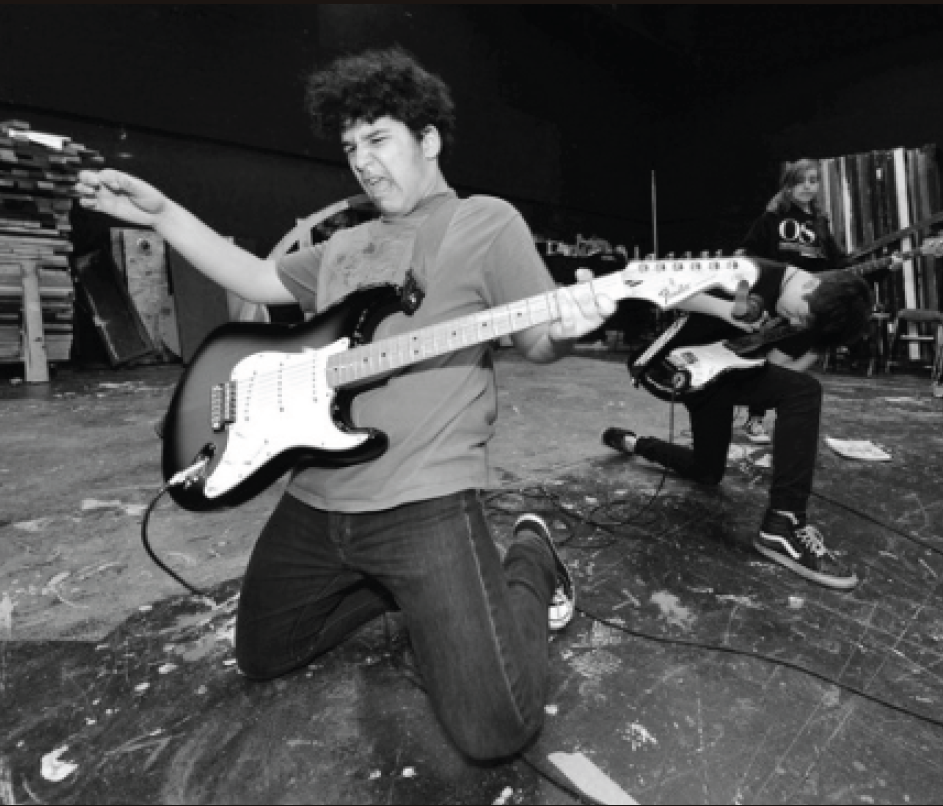