It has been nearly a week since the Tony Awards and one giant mystery still lingers. (Well, let’s a face it, there are a few
unsolved mysteries coming out of that evening, but I only have an answer for one of them.)

Who was the unruly party guest/crasher who caused such a ruckus trying to plow his way into the party at the Carlyle that
he wound up in a brawl with hotel security? There have been rumors going around town that it was a Tony Award losing
producer hopped up on speed. Well, it is only to clear the name(s) of any suspects that I have decided to come clean.

The gentleman in question was a suitor of mine whom, after drinking six or seven Sparkling Sophies (a divine concoction
of tequila, strawberry purée, fresh lime, and champagne) and finding myself carried away by the romance of Billy Stritch
and Jim Caruso’s set in Bemelman’s, I invited to join me at the party. It was, what my nephew, Teddy Verbena, would
term a “booty call.” Well, by the time he showed up, Billy and Jim had stopped playing and the tequila and champagne
combo had turned from effervescent to sickening. So rather than rescuing him at the door and secreting past security, I
stopped responding to his texts and calls, leaving him to fend for himself.

Well, I guess he was dead set on seeing me (and who knows what else) because he charged into the party like a bull
tearing through the streets of Pamplona. The rest is history, immortalized on iPhone video.

Caught Jillian Bell and Scarlett Johansson in hysterics over some potty humor during the Rough Night press junket.

Overheard Lorde chatting up a fan outside of Nintendo Store at Rockefeller Center.

Saw Bryant Gumbel waiting in line for treats at The Sweet Shop NYC.

Spotted a long line of happy New Yorkers at the Dear Evan Hansen Ice Cream Truck parked on Broadway & 65th, after
The Tonys. 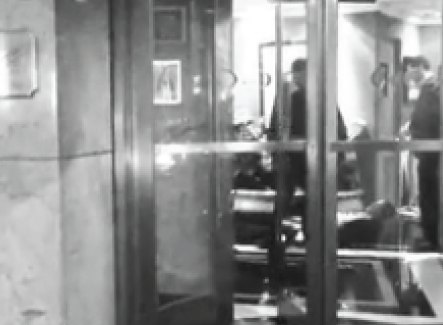