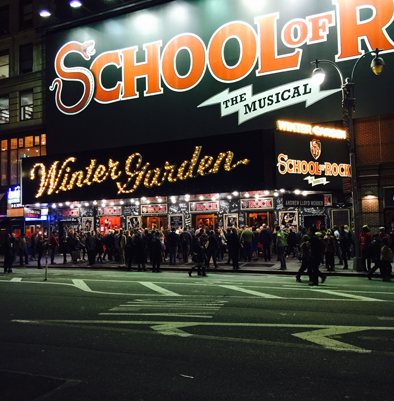 School of Rock Has Its First Preview!

These days, it feels like Broadway shows are opening every hour, but believe it or not, that only skims the surface of the non-stop activity going on on Broadway this Fall. Let’s start with the Winter Garden — a venue for the likes of Jellicle Cats and, now, some shredding pint size rockers. It was the first preview of Andrew Lloyd Webber’s School of Rock — The Musical and the cast was in rare form, rocking for an audience that included the cast of the original movie!