In past columns, when I’ve exclaimed, “my head is spinning” — which has become something of a signature phrase — I’ve generally been referring to the results of either too much champagne or too little sleep. This time, my head is spinning because it’s stuffed full of visionary ideas thanks to the brilliant new musical, Soft Power.

On Tuesday, I attended the New York premiere (after stints in Los Angeles and San Francisco) of what is being called “a play with a musical” at The Public. Written by David Henry Hwang and Jeanine Tesori, and directed by Leigh Silverman, Soft Power skewers everything from Rodgers & Hammerstein to the American electoral system, and the result is staggeringly brilliant. I won’t give away plot details (I’m not sure I could if I wanted to), but I will say that the cast, led by the dreamy Conrad Ricamora, is superb.

Not in attendance was Broadway’s #1 fan, Hillary Rodham Clinton. She was, however, portrayed onstage. And unlike the real HRC, this one twerks!

Overheard footballer Marvin Jones arguing with a diner waitress about the difference between nova and lox. (Something about the sodium content, apparently.)

Caught Millie Bobby Brown admiring a pair of sneakers in the window of a too-cool-for-school shop in Nolita.

And, finally, I send my hearty congratulations to Serino Coyne’s Angelo Desimini and Matt Upshaw. Beginning November 17, Matt will assume the role of CEO at Serino Coyne as Angelo joins Disney Theatrical Group as Vice President of Marketing, Publicity, Sales and Education.

Photo: Conrad Ricamora and the company of Soft Power by Joan Marcus 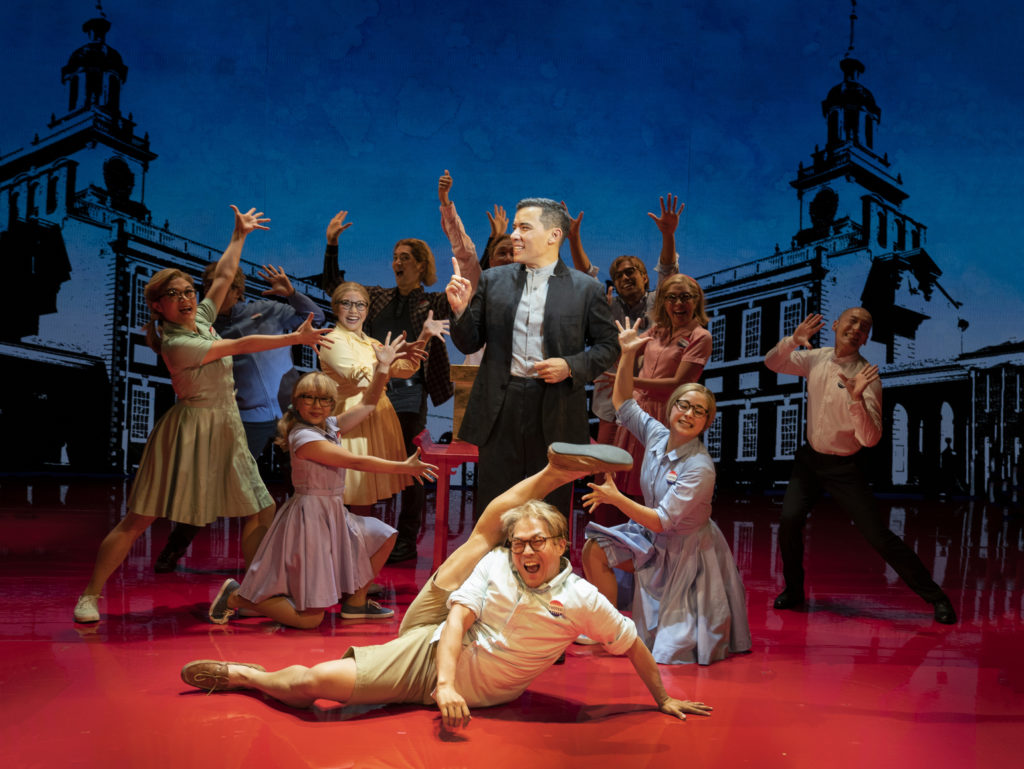