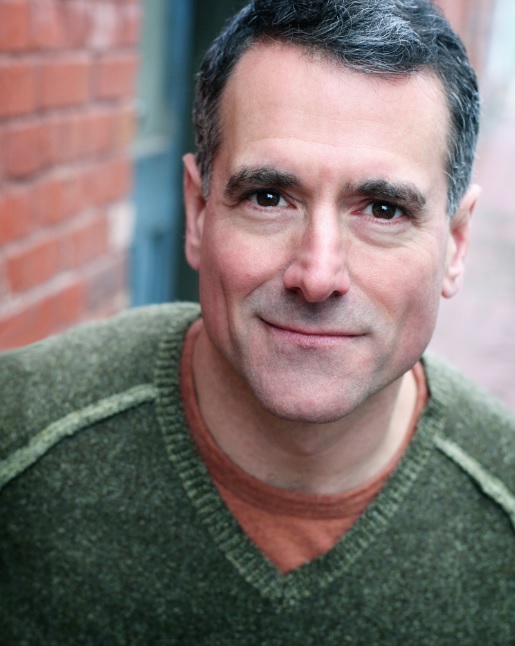 Fiddler on the Roof in Yiddish… sounds meshuge, neyn? The critically acclaimed production directed by Joel Grey celebrated it’s opening at Stage 42 last night. The production stars Broadway veteran Steven Skybell, who recently took some time out of Anatevke to give thoughts his On the Couch!

What do you consider to be your best asset?
Empathy.  It’s what helps me play characters, and what helps me navigate through the world. And it’s a trait that requires constant practice, at least for me!

What was your proudest moment?
I have two: Being one of two Americans chosen as members of the inaugural acting company of Shakespeare’s Globe in London which included a command performance for Elizabeth II. And the challenge of learning Tevye in YIDDISH for this current production of Fiddler on the Roof in Yiddish.

What is your favorite drink?
Vodka: the ballet dancers’ drink of choice!

What is your favorite condiment?
These days, Sriracha.  I love my food to have a kick.

What is your current obsession?
1. Quilting, as a hobby. 2. “Shtisel” on Netflix. 3. Shakespeare, always.

If you could give up one of your vices, what would it be?
Anything ‘bready-cakey’.

What is the one professional accomplishment you long for most?
Doesn’t every actor want an Oscar? I suppose for me it would be for the film version of our Yiddish Fiddler!

What is the one thing you waste too much money on?
Fabric, for my quilting obsession.

What is the one activity you waste too much time doing?
I LOVE MAKING QUILTS. I SPEND MOST FREE TIME DOING THIS. BUT IT IS NOT A WASTE OF TIME!

What do you consider to be the single greatest threat to your health?
Second-hand smoke?

What is the single best trait you inherited or learned from your parents?
From my mother I learned an even-temper. From my dad I learned a congenial demeanor. From BOTH of them I learned my sense of humor.

What is the single worst trait you inherited or learned from your parents?
From my mother: worry.  From my dad: a temper. (which cancel outs my mother’s even-temper!)

What in the world most thrills you?
Beautiful, daring singing, especially at the Opera.

What current trend in popular culture most irritates you?
It’s a paradox, but I hate all the antipathy.  I don’t like that all discussion ends in shouting.

What was the single most embarrassing moment you’ve ever experienced on the job?
When I had my dance callback for the Broadway production of The Full Monty, we each were asked to individually do a strip-tease down to our underwear. The guys were going in and out in mere minutes. I was thinking “where is the ‘tease’ in that?”. When it was my turn, I decided to fling my clothes one at a time all over the very large dance studio at City Center. My one shoe THAT way, my other shoe THAT way, my belt over THERE, my shirt over THERE. Only when I was down to my underwear, did I realize that I now had to scurry all over the studio collecting my articles of clothing. I think the dread and the humiliation on my face got me the gig!

What is your favorite place in the world?
Home. I am a Cancer, after all.

What is the most important trait you seek in a romantic partner?
A sense of humor, and empathy, oh and probably drop-dead good looks.

Do you prefer the company of dogs or cats?
Dogs dogs dogs! Anyone who knows me knows that I basically devote my waking hours to my TWO Australian Shepherds! I’ve used them in my work, and they definitely re-set me.  When I was a kid a took piano lessons from a lady who had many cats that would climb all over me and the piano during my lesson.  Yeah, not a fan of cats.

What would have to happen to make today the best day of your life?
I’d win the lottery? Followed by a trip to Paris and then a flight on the Concorde to be back in time for the evening show of Fiddler on the Roof, in Yiddish!

What is your personal motto?
“The readiness is all”  – Shakespeare, King Lear