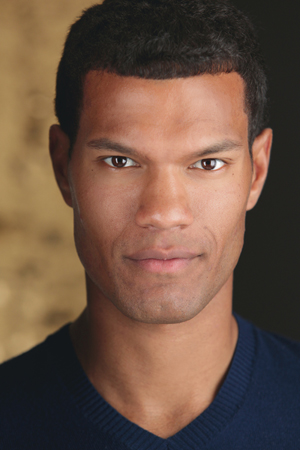 Meet Sullivan Jones who currently stars as the complex German engineer, Wernher von Braun in The Winning Side at The Acorn Theater.  Best known for his recent role in the Hulu Limited Series “The Looming Tower”, he has also appeared on screen in “The Good Fight”, “NCIS: New Orleans” “Parks and Recreation”, “House of Cards”. Born and raised in the Bay Area, Sullivan is an alum of Brown University and UCLA’s School of Theater.   On stage, he has performed regionally at The Denver Center, Berkeley Rep, Baltimore Center Stage, The Long Wharf Theater, TheaterWorks, The African American Shakespeare Company among others.  Let’s greet him On The Couch.

What do you consider to be your best asset?
My adaptability.

What was your proudest moment?
Being born. I made it!

What is your favorite drink?
At the moment, iced tea (unsweetened, of course – that much sugar ain’t good for you.)

What is your favorite food?
Fried fish from a restaurant back in my hometown called Sol Food. They only serve it on Fridays (pun intended? Quite possible…) and they serve the whole fish. If you’re serving fried fish, it really only counts if you serve the whole thing.

What is your favorite condiment?
I’ll have to go with soy sauce. It’s tough because I don’t ever have a hankering for any condiment in and of itself, but if I’m rolodexing through the condiment catalogue, soy sauce is the only one that makes my mouth water just thinking about it.

What is your current obsession?
Boxing…the sweet science! I initially got into boxing as a way to stay in shape, but I’m officially a fan now –– if I’m not careful I can easily spend an entire night watching replays of boxing matches that I’ve already seen before. Sad but true.

If you could give up one of your vices, what would it be?
Reacting to things, rather than responding to them.

What is the one professional accomplishment you long for most?
Writing something that gets produced. A good acting gig is wonderful, of course, but producing work from scratch seems like summiting a creative mountain of a different kind.

What is the one thing you waste too much money on?
My internet bill.

What is the one activity you waste too much time doing?
Being on the internet.

What do you consider to be the single greatest threat to your health?
Some combination of lack of sleep, exercise, and love.

What is the single best trait you inherited or learned from your parents?
Dad: Grit.
Mom: Kindness.

What is the single worst trait you inherited or learned from your parents?
Dad: Impatience.
Mom: People-pleasingness.

What in the world most thrills you?
Learning.

What current trend in popular culture most irritates you?
Reacting to things, rather than responding to them.

What was the single most embarrassing moment you’ve ever experienced on the job?
Ripping the seam of my pants in the middle of a serious monologue during our run of One Night in Miami… at Baltimore Center Stage. You want to be rendered immediately self-conscious during a performance? Try ripping the seam of your pants in front of 800 people during a serious monologue.

What is your favorite place in the world?
The California coast.

What is the most important trait you seek in a romantic partner?
Intelligence. I’m not talking “brainy,” I’m talking “intelligent” in a more wholistic sense. I think intelligence is the tree from which so many great traits can branch out.

Do you prefer the company of dogs or cats?
Cats all day long! My childhood cat, Rufus, was notorious for winning over the hearts of avowed cat-haters. Rufus was living proof that once you go cat, you never go back.

What would have to happen to make today the best day of your life?
Each of my loved ones calling me and telling me that they’re happy and healthy.

What is your personal motto?
For us there is only trying; the rest is not our business.