PERCENTAGE OF SALES TO BENEFIT
THE AMERICAN THEATRE WING 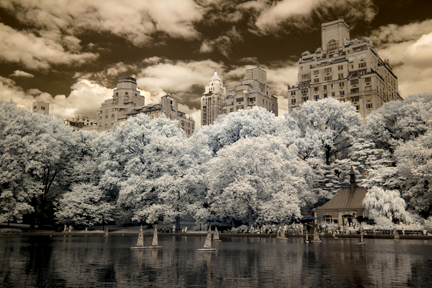 Since 1993, Susanne Brandt has been exploring the world of infrared photography. She started with film and then switched to digital in 2012 when she converted a digital SLR camera for infrared use. With her new camera Brandt has been able to photograph “the world of the unseen” because the naked eye cannot see infrared light. Infrared lies just beyond what is classified as the “visible” spectrum of light. The colors of infrared are determined by the reflection and absorption of light as well as the differences in temperatures between an object and its environment. The most dramatic results are shown in outdoor scenes, where green foliage and the surrounding background take on a dream-like surreal quality giving the final image a glowing appearance.

“The American Theatre Wing has always supported the arts,” said Susanne Brandt. “As an artist myself, I wanted to give something back to the Wing to help with their fundraising efforts. My association with the Wing is through my husband, Tom Brandt, whose family has been involved with the organization for three generations.”

Brandt’s ceramic work will compliment the infrared photographs in the exhibition. The decorative wheel thrown pieces, finished in her Stamford, Connecticut studio, are Raku fired, a Japanese technique where pots are placed in an outdoor kiln and heated to 1,800 degrees. Brandt alters the shape of the pieces and adds sculptural elements during the stage prior to firing. After the specialized glaze has melted into a glossy sheen, the red-hot pieces are removed from the kiln with metal tongs and placed into a chamber with combustible materials such as wood shavings and leaves.  This process ignites a smoky fire that produces a lustrous effect on the glaze while blackening the unglazed clay.

About Susanne Brandt
Susanne Brandt was born in Sherman, Connecticut and received a Fine Arts degree from Alfred University in Alfred, New York in 1991 and a double Masters degree in art education from Southern Connecticut State University in 2003. Her photography and ceramics have been exhibited in solo and group shows on the East Coast. Brandt is married to American Theatre Wing Advisory Board member Thomas Brandt. For more information about Susanne Brandt go to: www.brandtstudio.com

For nearly a century, the Wing has pursued this mission with programs that span the nation to invest in the growth and evolution of American Theatre. Traditionally, the Wing has encouraged members of the theatre community to share their off-stage time and talent directly with the theatre audience at large–whether it was singing for the troops in the Stage Door Canteen of the 1940's, or sharing their stories on a podcast today.

As the founders of The Tony Awards®, the American Theatre Wing has developed the foremost national platform for the recognition of theatrical achievement on Broadway. Yet the Wing's reach extends beyond Broadway and beyond New York. The Wing develops the next generation of theatre professionals through the SpringboardNYC and Theatre Intern Group programs, incubates innovative theatre across the country through the National Theatre Company Grants, fosters the song of American theatre through the Jonathan Larson Grants, and illuminates the creative process through the “Working in the Theatre” program and media archive.

Visitors to americantheatrewing.org can get inspired and gain insight into the artistic process through the Wing’s extensive media collection, and learn more about its programming for students, aspiring and working professionals, and audiences. 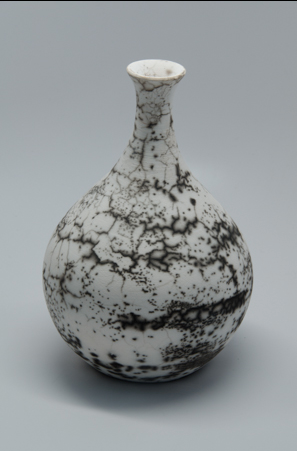