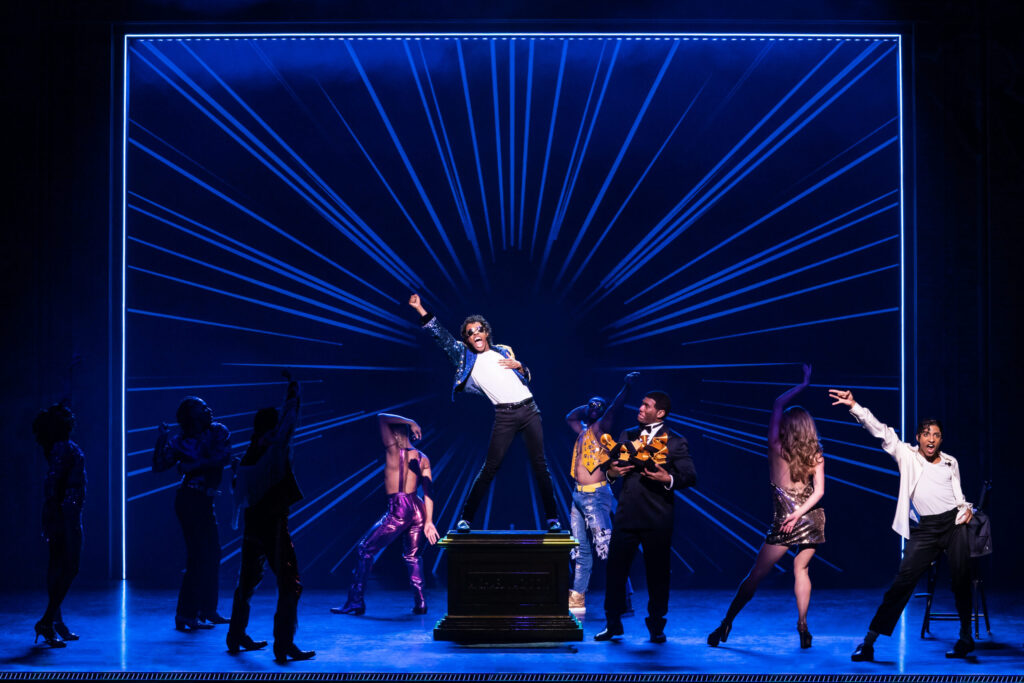 Broadway’s dancing machine, Tavon Olds-Sample, is making his Broadway debut as Middle Michael in the show garnering 10 Tony Award® nominations this year, MJ. Angela Bassett, Alicia Keys, Tracy Morgan, and Michelle Williams are just some of the stars flocking to see the electric production. Tavon Olds-Sample talks allergy season, an embarrassing blunder on the job, and his go-to outfit to sing Queen songs in as he joins us On The Couch for this special issue.

What do you consider to be your best asset?
My work ethic

What was your proudest moment?
When I first learned I could sing in elementary school

What is your favorite drink?
Melon Fanta from Japan

What is your favorite food?
Pizza

What is your favorite condiment?
Ranch specifically the hidden valley plant-based one!

What is your current obsession?
“Batman” the animated series (he’s my favorite superhero!)

If you could give up one of your vices, what would it be?
Being too hard on myself haha!

What is the one professional accomplishment you long for most?
Being an EGOT winner

What is the one thing you waste too much money on?
Food

What is the one activity you waste too much time doing?
Giving a concert singing Queen songs in my underwear on the couch haha!

What do you consider to be the single greatest threat to your health?
Allergy season! The pollen is real!

What’s the single best trait you inherited or learned from your parents?
Keep God first and keep going no matter how tough anything gets

What’s the single worst trait you inherited or learned from your parents?
My tiny ears haha!

What in the world most thrills you?
New possibilities and life constantly evolving, helping humans make beautiful art that depicts life

What current trend in popular culture most irritates you?
Albums nowadays aren’t timeless! You listen to an album now and forget about it tomorrow

What was the most embarrassing moment you’ve ever experienced on the job?
Wearing the Grammy jacket backward during “Wanna Be Startin’ Somethin’!”

What is your favorite place in the world?
Target or At Home (the store haha)

What is the most important trait you seek in a romantic partner?
Communication

Do you prefer the company of dogs or cats?
Dogs. I have a puppy named Shy and she is the sunshine of my life.

What would have to happen to make today the best day of your life?
Every restaurant have a full vegan menu alongside the other menus!

What is your personal motto?
Keep God first and everything else will follow.