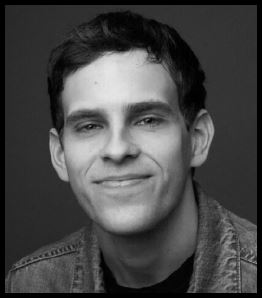 When a musical theatre performer appears in the best revival on Broadway, and is then announced for the leading role in the best new musical on Broadway, it’s safe to say there’s something there. Taylor Trensch began his rise to prominence as Boq in Wicked, went on to originate the role of Michael Wormwood in Matilda the Musical, and then appeared as Christopher in The Curious Incident of the Dog in the Night-Time. Currently, Taylor plays Barnaby in the Tony Award-winning Hello, Dolly! alongside Tony-winning Cornelius, Gavin Creel. In mid- January, he takes over for Ben Platt in the Broadway hit Dear Evan Hansen. Taylor Trensch in on the rise, so we’re happy to grab him for a moment or two On the Couch.

My ability to grow a bushy, lush, Bridge-to-Terabithia-type unibrow in under a week.

Surviving my first performance as Christopher Boone in The Curious Incident of the Dog in the Night Time with little rehearsal and littler notice.

I would love to do a play in London or make a movie.

Comparing myself to others.

Saying you hate something that you actually love.

I forgot literally ALL of the words to “And Then There Were None” during a performance of Spring Awakening.

I forgot literally ALL of the words to “And Then There Were None” during a performance of Spring Awakening.

Wit – either having it or having seen it on Broadway starring Cynthia Nixon.

Dogs (but, honestly, any animal that wants to hang, I’m down).

“Keep absolutely still. Its vision is based on movement.”