The weeks that lead up to the Tony Awards are among the most exhilarating and exhausting of the year for theater professionals, and there is always a mixture of relief and melancholy when it all comes to a sudden end. Well, rest up, kids, because there’s a new season already heating up! That’s right – I was at a press event for the musical School of Rock yesterday – a mere four days after the Tonys – which doesn’t hit Broadway until the fall but is just winding down a two-week  engagement at the Gramercy Theatre. The stripped-down, rock venue version has become one of the hottest tickets in town (the New York Post reported that even Tina Fey couldn’t snag a seat despite her best efforts). The event boasted remarks from composer Andrew Lloyd Webber and director Laurence Connor, as well as three killer musical numbers featuring star Alex Brightman (in the role Jack Black immortalized on film) and a bunch of the most adorable pint-sized rockers you’ve ever laid eyes on. The oft jaded theatrical press corps couldn’t contain their enthusiasm – it was sheer joy.

All of this, a long way of saying: the circle of (stage) life revolves faster than the turntable in Les Miz (when Les Miz had a turntable)!

And with the end of the 2015 season, and all of its triumphs and disappointments I’ve doggedly covered week in and week out, comes the start of my summer hiatus. I plan on doing a little bit of traveling, a little bit of reading, and as little writing as humanly possible.

Ran into all of Broadway at the Carlyle Hotel, where O&M Co. took over the Royal Suite, Bemelmans Bar, the Gallery, and the Café Carlyle for its annual bash, after the Tony Awards. I’d list the boldfaced names, but I’d be worried the printer would run out of ink.

Until next season, a toast of something ice cold and sparkling to you and yours! 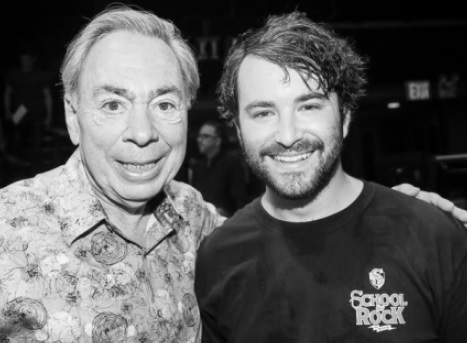