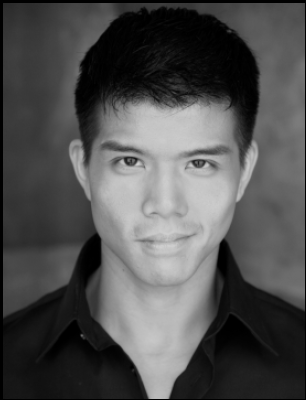 Telly Leung is an undeniable triple threat, and if you don’t believe me, head to the Longacre Theatre and see him leave audiences speechless as Sam Kimura in Allegiance which opens Sunday night November 8th.  His career in theater started in the Broadway revivals of Flower Drum Song and Stephen Sondheim’s Pacific Overtures. He then went on to perform featured roles in Rent and Godspell, and recently released a wonderful new CD titled “I’ll Cover You”. Now, eight shows a week he spends starring with Lea Salonga and George Takei. We are so excited to have Telly Leung On the Couch!

What do you consider to be your best asset?
My best asset is that I am good at collaboration. It's my favorite part of doing theater – being part of a team, and creating something new with brilliant artists.

What was your proudest moment?
My proudest moment was getting a phone call from Tara Rubin in 2002, telling me I was going to be making my Broadway debut in Flower Drum Song. Made it extra special that my parents were there, too. We opened a bottle of champagne.

What is your favorite drink?
Haven't been drinking much, since Allegiance is a taxing role, vocally. But, when I can drink, I love a Kettle One Gimlet on the rocks.

What is your favorite food?
I love a good steak. Medium rare. With horseradish. Hungry just thinking about it.

What is your favorite condiment?
I'm Chinese! Soy sauce runs in my veins.

What is your current obsession?
Rachel Maddow!!

If you could give up one of your vices, what would it be?
I love Gummi Bears. (My back fat DOES NOT!). But the cast of Allegiance definitely made them the official tech vice food at the Longacre.

What is the one professional accomplishment you long for most?
I'm a big “West Wing” fan. I'd love to work with Aaron Sorkin.

What is the one thing you waste too much money on?
(See “favorite drink”)

What is the one activity you waste too much time doing?
(See “favorite drink”)

What do you consider to be the single greatest threat to your health?
(See “favorite drink”)

What is the single best trait you inherited or learned from your parents?
My parents instilled me a hard work ethic – and my father has always said to me, “don't say 'no' before you try!” It's something I've carried with me my whole life.

What is the single worst trait you inherited or learned from your parents?
My parents are also very “frugal”. They had to be careful with money, since they were blue collar immigrant parents. Sometimes, we Leungs are frugal to a fault. I know I don't need 5 loaves of Bread – but if there's a sale at Costco for bread, I'm gonna get it. We Leungs are a sucker for a sale!

What in the world most thrills you?
Really great storytelling in the theater. There's nothing like it.

What current trend in popular culture most irritates you?
Anything having to do with the Kardashians.

What was the single most embarrassing moment you've ever experienced on the job?
In Flower Drum, I had to wear a very tight sailor suit with tight, white sailor bedazzled pants that didn't have much stretch in them. During the quick change into said pants, I split them. The only thing my dresser had to hide my business was black duct tape. She taped me up and shoved me on stage. The show must go on!

What is your favorite place in the world?
My couch.

What is the most important trait you seek in a romantic partner?
The ability to communicate with 100% honesty.

Do you prefer the company of dogs or cats?
I don't have pets but if I had to pick one: dogs. I'm allergic to cats!

What would have to happen to make today the best day of your life?
Aaron Sorkin would have to offer to write a show for me over drinks on my couch, sharing Kettle One martinis and Gummi Bears.

What is your personal motto?
Don't say “no” before you try!