“THAT’S HOW YOUNG I FEEL”

Greetings from the Beverly Hilton – a hotel whose doorstep I swore I would never again darken after I was unceremoniously booted off the premises back in 2005 when I made what I considered a surprise cameo appearance at a festive-looking Bar Mitzvah taking place in the hotel’s famed International Ballroom. Well, apparently my presence was not desired, as the family of the Bar Mitzvah boy ended up turning me into hotel security, complaining that a “party-crasher” had disrupted their precious occasion. It was explained to me later that I, at one point, found my way onto the stage, where I grabbed the mic from the bandleader and started yelling, “You’re a man today, Noah!  You’re a man!”

Well, since those plush Dorchester sisters are still apparently off limits, here I am. But this time, instead of Bar Mitzvahs, I’ll be crashing Grammy parties!

Clive Davis will be hosting his annual pre-Grammy bash right downstairs on Saturday night. I haven’t managed to get myself onto his guest list yet, despite about a dozen calls I’ve placed to his personal mobile. (For a guy with supposedly “golden ears,” he sure has a tough time hearing his phone ring!)

On Sunday, I’ll be partying in Hollywood with the best of Broadway! Confused? Well, let me explain. Though it’s rarely on the telecast, the National Academy of Recording Arts and Sciences has been honoring theater artists since 1959, when The Music Man beat Flower Drum Song; The Music from Peter Gunn; Sound of Jazz; Seven Lively Arts; and Victory at Sea, Vol. 2 to win the first ever Grammy Award for Best Musical Theater Album. The very next year, the nascent category was responsible for the most gasp-inducing moment of the night when Ethel Merman for Gypsy tied with Gwen Verdon for Redhead. Reading through the list of winners in the 60 years since is a master class in musical theater mega hits, from Funny Girl to Mame, Cabaret to Hair, Annie to Evita, Cats to Les Miserables, Hairspray to Hamilton, and I could go on and on.

This year, the contest is between Ain’t Too Proud, Hadestown, Moulin Rouge!, The Music of Harry Potter and The Cursed Child, and Oklahoma! Who will join that sterling list is still yet-to-be-revealed, but – win, lose, or (gasp!) draw – all five of those productions will be feted in style by none-other-than Jordan Roth and Rick Miramontez in the first-ever theatrically-themed Grammy bash. The affair is being held at the charmingly named piano bar Tramp Stamp Granny’s (co-owned by Emmy and Golden Globe-winning Broadway veteran Darren Criss), and I understand admittance is only to be secured via a secret password. Though I’ve yet to get my hands on this password, I was given a hint: it references a Grammy Award-winning musical from years past. If all else fails, I’m going with, “I’m feeling Kinky!”

Caught TV producer Bill Geddie in a heated exchange with a Starbucks barista over the temperature of his flat white.

Overheard Orfeh raving to a friend about the wonders of her new Instant Pot. 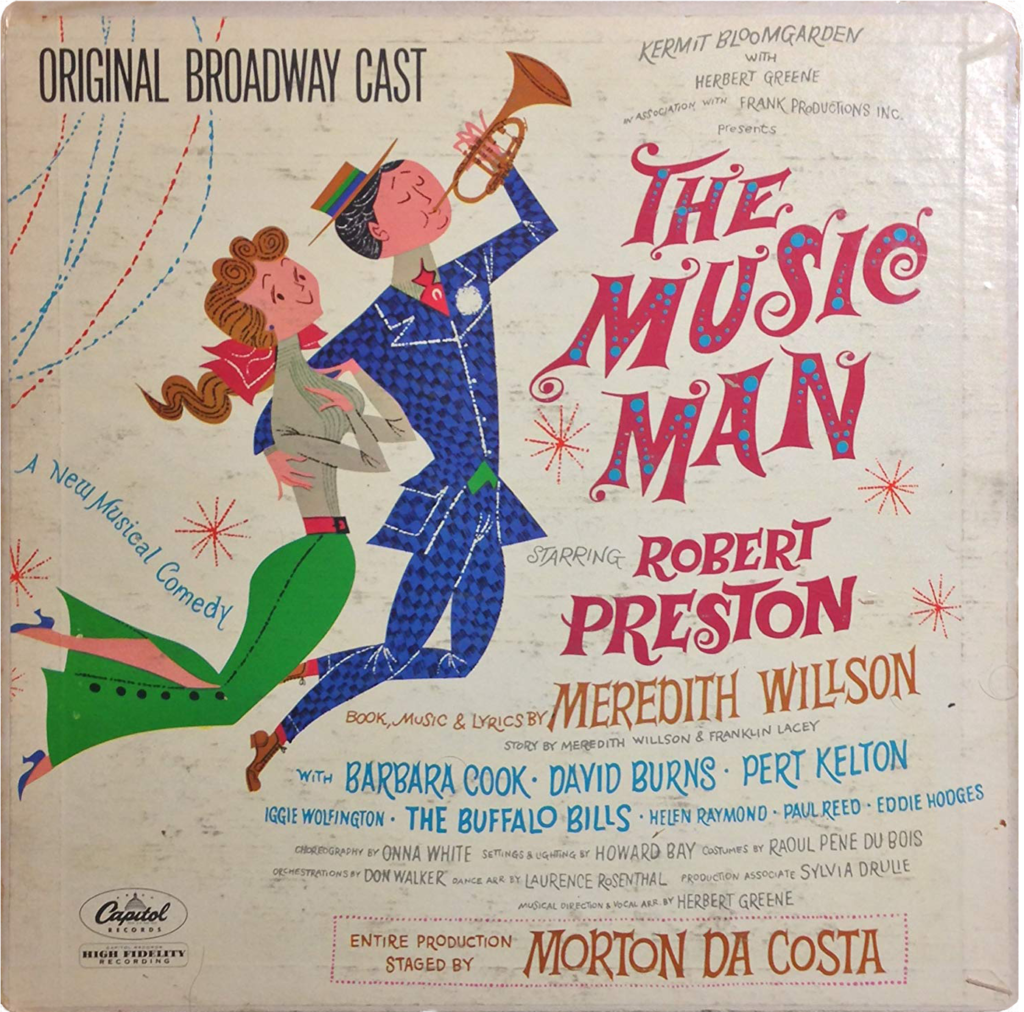