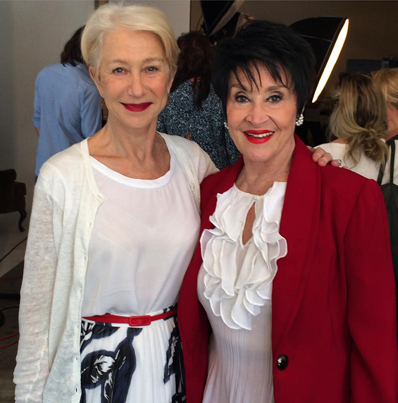 The Audience an the Visit

It is that fabulous time of the year when nominations have come out and the Broadway community is waiting anxiously for that big night at Radio City. During these mad four weeks, the nominees are out and about. Interviews, television appearances, photoshoots, you name it — all for that coveted, spinning silver prize doled out on June 8. Dame Helen Mirren has been hailed for portraying Queen Elizabeth on Broadway in “The Audience” but Chita Rivera was also crowned “The Queen of Broadway” by VH1 for her stunning and powerful performance in Kander & Ebb’s Tony nominated The Visit. The pair of Broadway royalty shared an audience during a Tony nominee photo shoot for the Hollywood Reporter. It was definitely an enjoyable Visit!