“The Last One You’d Expect”

Amongst the miracles celebrated over the past few days: Moses parting the Red Sea, Jesus rising from the dead, and A Gentleman’s Guide to Love and Murder recouping its entire $7.5 million capitalization costs.  What a week!

Also in the category of “unlikely triumphs,” Hand to God opened to rapturous reviews on Broadway.  Don’t mistake my meaning: the fact that the critics swooned was a surprise to no one who had seen (or heard about) the piece in one of its earlier downtown incarnations.  What’s unlikely about the occurrence is that it wound up on Broadway in the first place.  As early advertising copy for the production indicated (“No movie stars.  No London transfer.  No film adaptation. Pray for us.”) it’s not your typical Broadway fare in this day-and-age.  Well, more proof that there is still a place for edgy and original work on the Great White Way!  If you read Cindy Adams or Marshall Heyman (and, honestly, who doesn’t?) you’ve already read about the puppets that attended opening, and walked the show’s red black carpet.  Of course, some flesh-and-blood stars also attended, including the likes of Jennifer Westfeldt, Andrew Rannells, Steve Guttenberg, Joel Grey, Tovah Feldshuh, and my obsession of the moment: Norbert Leo Butz.

I’ve been a fan of Norbert’s for years on stage, but I’m not sure I’ve ever appreciated the full range of his talents until I started watching his new Netflix series Bloodline.  It may be unfair to call it his series – it’s a true ensemble show with a truly top shelf cast including Sissy Spacek, Sam Shepard, Kyle Chandler, Katie Finneran, Ben Mendelsohn, and Linda Cardellini.  They are all superb.  But Norbert is so spot on perfect as the middle aged, hard-drinking, (deep) southern Floridian, Kevin Rayburn, that I have taken to calling it “that Norbert show” when my addled mind can’t conjure the title.  It’s hard to imagine it’s the same guy who had you laughing in the aisles as the low end con man, belting about all the “Great Big Stuff” he wanted, in Dirty Rotten Scoundrels just a few years back.

Spotted TodayTix cofounders Merritt Baer and Brian Fenty raving to Anne Hathaway and Julie Taymor after seeing (and loving) the first performance of their new play, Grounded, at the Public Theater.

Saw It Shoulda Been You director David Hyde Pierce enjoying laughs with friends at Bar Centrale.

Overheard Harvey Weinstein, with wife Georgina Chapman by his side, asking the guy running the Finding Neverland merchandise booth, “How’s the stuff selling?”  “We can’t keep it on the shelves,” came the reply. 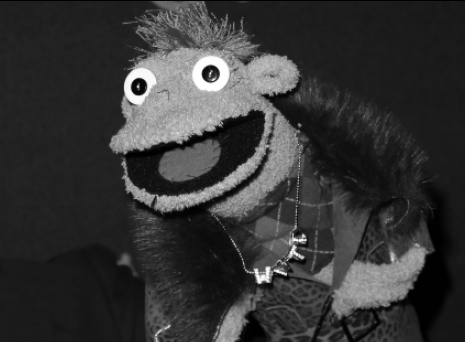