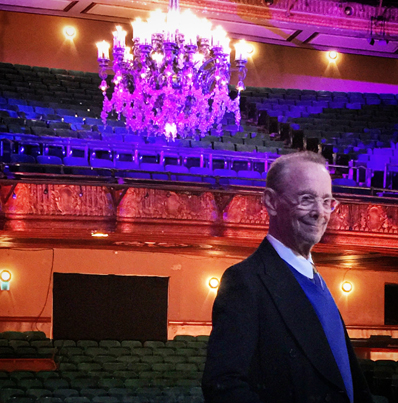 The Mc in SF

This week, plays are sold-out, books are much-acclaimed, and high schools are spreading the theater magic. For our first photo of the week, we head to the Curran, a theater as alive as ever, even during its construction. On Tuesday, the ‘Groundbreakers’ series featured the great Joel Grey – once triple threat, now quadruple threat as singer, dancer, actor and author. Kevin Sessums talked with Joel about his life and career as thrillingly documented in his memoir Master of Ceremonies.