PREVIEW PERFORMANCES WILL BEGIN ON MONDAY, JULY 6, 2020
ON BROADWAY
AT THE NEIL SIMON THEATRE
ON BROADWAY

New York, NY – Producers Lia Vollack and The Michael Jackson Estate announced today that Tony Award® nominee Ephraim Sykes has been cast to star as Michael Jackson in the upcoming Broadway World Premiere of MJ The Musical. MJ will begin preview performances on Monday, July 6, 2020, at the Neil Simon Theatre.  Opening night is set for Thursday evening, August 13, 2020, at 6:30 p.m.

Currently on Broadway in the smash hit musical Ain’t Too Proud – The Life and Times of The Temptations, Mr. Sykes was Tony Award-nominated for his thrilling, microphone-flying performance as Motown recording artist David Ruffin. He also received the Chita Rivera Award, a San Francisco Bay Area Theatre Critics Circle Award, a Theater Bay Area Award, the Helen Hayes Award, and The Actors’ Equity Clarence Derwent Award. Just yesterday, he received a 2020 Grammy Award® nomination as a principal artist on the Original Cast Recording of Ain’t Too Proud.

MJ The Musical will feature a book by two-time Pulitzer Prize® winner Lynn Nottage and a score made up of some of the best-loved, top-selling songs in recording history. Tony Award winner Christopher Wheeldon will direct and choreograph.

Mr. Wheeldon stated, “Ephraim Sykes is a bonafide triple threat, and dynamic rising star on Broadway. I am honored to be working with him on this exciting new production.”

Tickets for MJ The Musical will go on sale on January 15, 2020, at 10 a.m. To sign-up for priority ticket access, go to MJTheMusical.com. 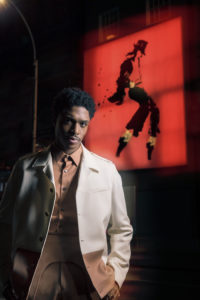 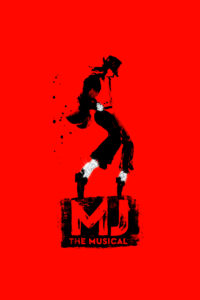