“The Night the Pugilist Learned How to Dance”

If you are handed the opportunity to see a genuine living legend play Madison Square Garden, you can count yourself among the lucky. If you are handed the opportunity to see a genuine living legend play The Heath at the McKittrick Hotel (home of the megahit Sleep No More) for you and 199 other people, you can count yourself among the celestially blessed. Such was my experience on Tuesday night, when 16-time Grammy winning rock legend Sting did a couple of back-to-back shows, singing songs from his Tony nominated score for The Last Ship to a sold out crowd. The concerts benefitted The Actors Fund, and the crowd was a mixture of theatrical insiders, The Last Ship cast members, and super fans. Front and center at both shows was Sting’s adoring wife, Trudie Styler, who lights up even the most dimly lit bar. For those of us who adored the musical, it was an aural pleasure nonpareil to hear those songs again. For those who were hearing the music for the first time, I imagine there will be an online petition and/or Kickstarter campaign calling for a revival in short order. I was booked for the early show, but had such a great time that I stuck around and snuck into the second show. Well, truth be told, I didn’t have to sneak. The guy who runs The Heath and goes by the opaque title “Special Envoy,” Cesar Hawas, knows how to treat a columnist! Not only did he make space for me at the late show, he also had my special cocktail waiting for me (1 part mezcal, 1 part Campari, 1 part fresh lime juice). For all of the regal beauty of Sting’s 8pm set, the 11pm set, with the bulk of the original Broadway cast stomping and singing along in the back of the bar, was a rowdy party. After the late show, Sting hung around the bar, chatting up cast mates and friends, well into the wee hours. I just watched, from a corner of the room, noticing that he’s just as generous with his natural charisma offstage as he is on-stage.

The night prior, I hung out in the press room at the Obie Awards, congratulating winners and greeting presenters (and occasionally, accidently, congratulating presents and greeting winners). The Obies have always been a seasonal favorite of mine. A welcome refuge of downtown spirit in the midst of a buttoned up and politically tense Tony season. But this year something special was in the air. Perhaps it was that the American Theatre Wing was co-presenting the awards for the first time, along with the Village Voice which founded “Off Broadway’s Highest Honor” sixty years ago. For those who worry about an uptown influence on the theater world’s most decidedly downtown event, fret not! Host Lea DeLaria ensured that the night was as bawdy as ever. The highlight for me? Jordan Roth, stationed in the press room, live-feeding chats with winners and guests via Periscope. Periscope makes live tweeting feel oh-so 2012. Jordan is an early adopter of the new platform, and tells me that I can expect more such backstage access if I follow him. Now if I only I could figure out how to download the damn app!

Finally, instead of tidbits this week, I want to pay homage to one of the most influential comic voices of his, or any, generation in America: David Letterman. I only visited his show one time – when Diane Paulus’ revival of Hair pulled off an exact recreation of the original production’s performance in that same theater on the Ed Sullivan Show. (Yes, the studio was cold.) It was magical television and a thrill to see it happen in real time. I know I’m late to the Letterman coronation, and there isn’t much left to be said about his groundbreaking brilliance and the legacy he leaves behind. So I will just leave you with an anecdote that illustrates a different side of Dave that the one we all know and love. A friend of mine once upon a time worked at “The Late Show,” but he and Dave had been out of touch for quite some time. A couple years back he suffered something of a personal tragedy that pretty much wiped him out financially. One day he opened up his mailbox and found a sizable check from David Letterman — we’re talking a significant amount of dough. It was a gift to help him get back on his feet. My friend didn’t ask for it. He didn’t expect it. Dave had heard about the tragedy and wanted to help. Make no mistake, history will remember David Letterman for being funny. But his legacy is so much richer for those who know him best. 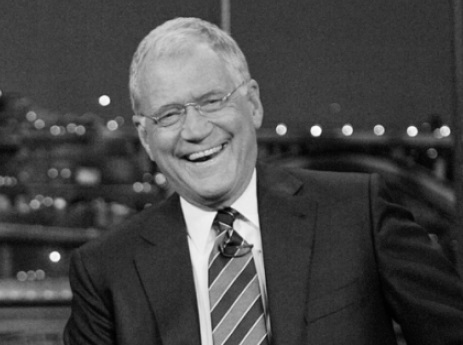