This time of year is always the hardest on a fragile psyche such as mine. We’re now well past the overindulgences of the holiday season, with months of frigid weather still in store and no good reason for revelry. Well, before you start googling remedies for seasonal depression, I have good news! Today is the birthday of that favorite son of Scotland: poet Robert Burns (or Robbie to those of us who know him well, or Rabbie to those who know him well and affect a brogue). That might not sound terribly exciting to the American theater queens who make up the bulk of my readership, but I assure you there is no finer cause for celebration.

Tonight, at tables throughout the world (though, on a per capita basis, mostly in Scotland), families and friends will gather for traditional Burns Suppers. The bad news is this means you’ll be expected to eat haggis – the rather cringe-inducing national dish of Scotland consisting of sheep innards (heart, liver and lungs) mixed up with oats, spices, veggies and cooking stock, and than stuffed into the lining of a sheep’s stomach. You know how they say there’s no such thing as bad pizza? Well, in my humble opinion there’s no such thing as good haggis. (Perhaps it’s an acquired taste I’ve yet to acquire.) Still, the ceremony calls for so much malt whisky you’re taste buds should be sufficiently numb by the time the haggis is presented. And presented it will be, as tradition calls for everyone present to stand at attention as the cook brings the savory pudding from the kitchen on a large platter. Bagpipers provide underscoring and, eventually, the host recites Burns’s “Address to a Haggis,” which ends with the immortal lines: “Ye Pow’rs, wha mak mankind your care, / And dish them out their bill o fare, / Auld Scotland wants nae skinking ware / That jaups in luggies:/ But, if Ye wish her gratefu prayer, / Gie her a Haggis!”

There’s no more theatrical way to signify the beginning of a meal, and hearing it recited by a Scotsman who’s nimble with Burns’s prose is an absolute delight. I once had the honor of attend a Burns Supper alongside golden-throated Scot Euan Morton who brought the entire room to tears with his recitation. If you don’t have Euan handy, and I imagine you don’t, this will do: http://www.youtube.com/watch?v=mhGqd-XchOk 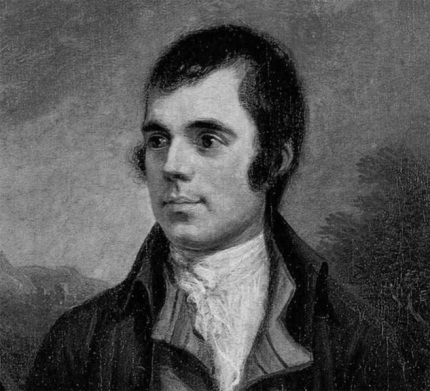