“The Things We Did Last Summer”

The streets of the Upper East Side are suddenly cluttered with privileged youngsters in tidy private school uniforms, fingers reeking of #2 pencil shavings and sticky with organic juice box drippings.  Yes, dear readers, summer is over.  But let’s not be overcome with melancholia at the thought of days growing shorter and chillier. Instead let’s take a moment to reflect on the summer that was.  Well, my summer that was. You can reflect on your own summer on your own time.

I did my fair share of globetrotting, most notably to London.  I stayed in high style at the Rosewood Hotel, my beloved Carlyle’s sister property.  The highlights of this trip were so plentiful that writing about each of them would bankrupt my publisher, as I get paid by the word.  So let me just say that I cheered so loudly for Imelda Staunton‘s resplendent “Rose’s Turn” that a veddy veddy British lady seated behind me grabbed ahold of my blouse and scolded me for being overly enthusiastic.  “In America,” I hissed, “this is how we show our appreciation to an incredible performance.”  “Well, here in England, we feel making a spectacle of oneself is something that should happen on the stage.”

I rebounded quickly from that “international incident,” when I was summoned to Sydmonton the next day.  In England, there are only two invitations that matter: the Queen inviting you to Buckingham Palace and Andrew Lloyd Webber inviting you to Sydmonton.  Well, having now experienced the latter, the Queen need not bother.  Lord Lloyd Webber has created a sprawling sanctuary every bit as sumptuous as his music. It’s like heaven with a more impressive wine cellar.  We chatted about his past, his present, and his future.  He spoke passionately about the necessity of music education in schools, contextualizing the real mission and message behind his upcoming School of Rock (which I loved more than words can say when I saw an early version of it a few months back).

I also spent some time in San Francisco for reasons I can’t yet discuss.

I headed to DC to catch the spectacular new musical Dear Evan Hansen.  Over a long lunch with my old friend Nancy Pelosi, I brought up the imminent reopening of the newly revamped Watergate Hotel. “Will politicians avoid that place like the plague, as if it’s cursed?” I asked her.  “Not Democrats!” she quipped.  “We love the place.”  I’ve always loved the Watergate too.  I used to frequent the Potomac Lounge, its old lobby bar, when I was in town.  It was a great place to run into friends and make new ones, and one summer they had a hunky young bartender who called himself “Bud.”  I was so intent on making an impression on him that I spent seven straight hours sitting in the same barstool trying to keep the conversation going.  I got so drunk on brandy alexanders that I never made it back to my hotel room.  I woke up in the service elevator wearing a room service lid as a hat.  Well, I am excited to see what they’ve done with the place!

I will be sad to see one of my favorite new musicals in recent years end what has been the unlikeliest hit run in Broadway history when A Gentleman’s Guide to Love and Murder plays its final performance early next year.  But don’t worry, you can catch it on the road as its first national tour kicks off this month.  A favorite new play of mine from last season, Hand To God, also set a Broadway closing date early in the new year, after which time it will be bowing in London.  Last Sunday, the divine revival on On the Town played its final performance for a sold out crowd.  This Saturday, Broadway will bid adieu to a smash hit that has brought a ton of joy to a ton of people: Mamma Mia!  It’s particularly poignant to consider all that joy on this date, as it opened fourteen years ago when New York most needed a reason to have a good time.  But weep not Broadway babies.  For every show that shutters, a theater becomes available to a brand new production waiting to take its place.  Every closing leads to an opening.  To quote from a show that just may never vacate its home at the Minskoff Theatre, it’s the circle of life. 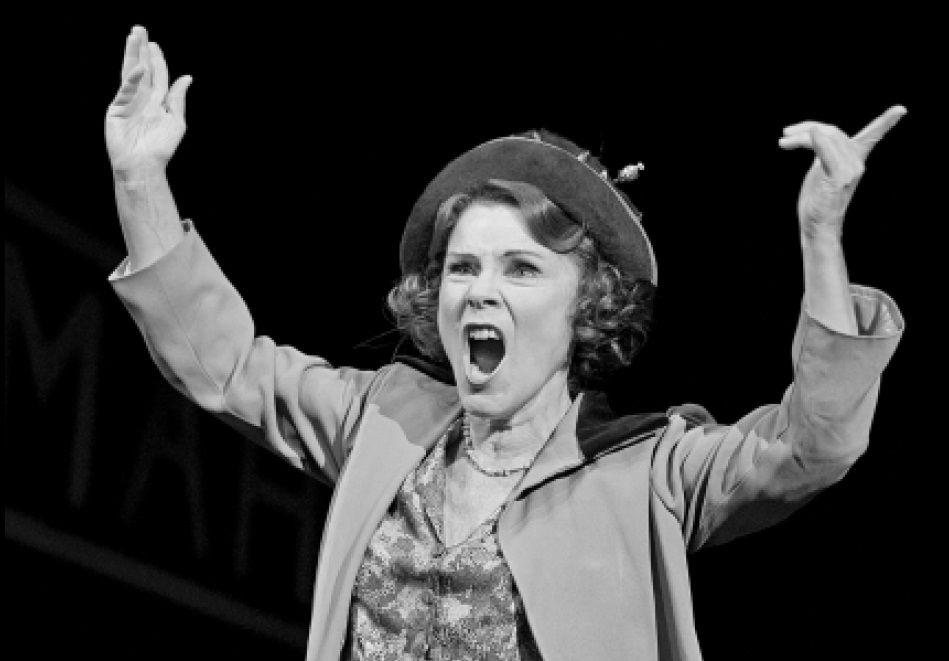