“THE WIZARD AND I”

I’m back from a very fast jaunt to San Francisco, where I attended the opening of Harry Potter and the Cursed Child at the Curran. What an event – the entire city had gone mad for the boy wizard! San Franciscans have always struck me as readers, so it shouldn’t have surprised me that it took one of the great heroes of popular contemporary literature to motivate those “tech titans by the Bay” to take in a multi-hour cultural offering that requires the powering down of smartphones. (It doesn’t hurt that the play boasts so much technical wizardry that it can feel like a giant form of AR!)

One of the other great surprises of the event was the unexpected reopening of one of my favorite West Coast haunts, Tosca Café, which shuttered a few months back after 100 years of serving Bay Area residents. Producers Colin Callendar and Sonia Friedman teamed up with my old poker buddy Vanessa Getty to turn the lights back on for a one-meal-only dinner party between the first and second parts. I’m happy to report the food was just as you remember it (and, best of all, gratis).

My fellow opening day freeloaders included Lars Ulrich, Amy Tan, Marilu Henner, and Chris Isaak. And, of course, presiding over all of it was the grand wizard of San Francisco theater herself, Carole Shorenstein Hays.

Speaking of my favorite doyennes, if you haven’t yet read Sadie Stein’s layered portrait of my longest-running frenemy, Cindy Adams, get thee to a newsstand! My takeaways? She’s loyal to a fault (Mar-a-Lago, anyone?). She’s self-aware (“I have never lost an enemy.”) And she’s a hero to four-legged friends everywhere (having established New York’s Boarding Kennel Regulation Act). Her personal politics may be lamentable, but my god is she lovable!

Now, no journalist likes to get fact-checked, but it does happen to even the best of us from time to time. In last week’s column, I credited power producer Stacey Mindich for having “championed, groomed, and ballyhooed the now-ubiquitous songwriting team of Pasek & Paul years before anyone else had caught on.” Another theatrical player, Pat Addiss (if that name is unfamiliar, you aren’t reading your Playbills closely!) took time to point out that “Dear Evan Hansen was not the first to put Pasek and Paul on the map. A Christmas Story, The Musical got them their first Tony nomination!” A fair point! And, let’s not take anything away from Second Stage, whose smash production of Dogfight (directed by the great Joe Mantello) predated A Christmas Story! (I still can’t get “Some Kinda Time” out of my head!) So, apologies to anyone who read my kudos to Stacey as a misunderstanding of the well-documented Pasek and Paul timeline! I promise you, I wasn’t confused. I was referring to how ahead-of-the-curve Stacey was when work began on Dear Evan Hansen – years before it premiered and when the boys were still relative pischers (well, pischers with a Jonathan Larson Grant). And speaking of Dear Evan Hansen, the megahit just celebrated its third anniversary, so more well-deserved kudos for the team!

Caught Hillary Clinton exiting SiriusXM and getting into a large Sprinter van after her riveting interview on “The Howard Stern Show.” 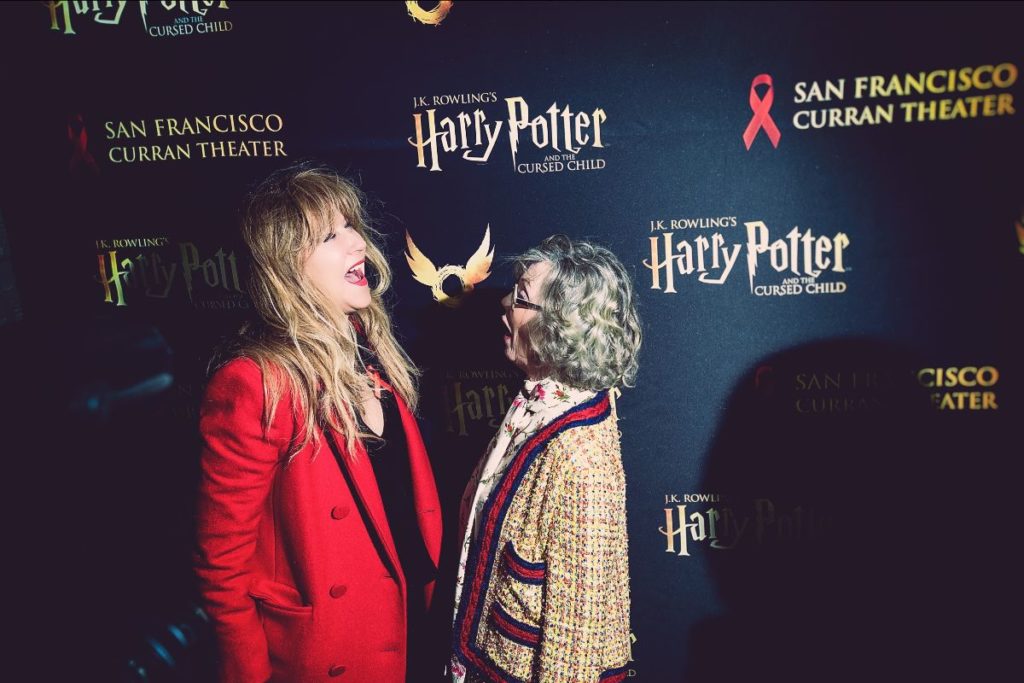