Well, here we are. Broadway is shuttered for the foreseeable future. Performing arts centers, concert halls, music venues, and every other kind of cultural mass gathering site have gone dark around the nation. People are hoarding everything from dishwasher detergent to wine. My already-sedentary lifestyle has ground to a complete standstill, and my Apple Watch won’t stop yelling at me about it.

Well, I say crack open a can of tunafish and put on your favorite Sondheim cast recording. Why? Well, for one thing, by this point, you’re bored out of your scull and could use a distraction. For another: this Sunday marks Sondheim’s 90th birthday. I’ll drink to that, and so should you.

Stephen Sondheim has long been deemed “an acquired taste,” which is something smart people say when they think something they love will go over the heads of regular folks. Well, what I’ve always loved about Sondheim’s lyrics is that their power comes from how simply he expresses each idea. His stuff is smart, it’s sophisticated, but it’s also far more accessible than popular opinion would have you believe. That said, he’s never shied away from tackling tough subjects: loneliness, violence, existentialism — and those are just the funny ones! So what better voice than his to help guide us through this sudden era of sudden anxiety?

On the other side of the “acquired taste” spectrum is the great Andrew Lloyd Webber; just one listen and he has you singing along as if Betty Buckley at Marie’s Crisis at 3am. It just so happens Sunday is his birthday, too, though he’s lagging behind Steve by nearly 20 years. So, if you’re in the mood for something a bit more, to quote Jerry Herman, “hummable,” pick an album from his long list of career highlights to play.

When Broadway is up-and-running, this season will (again) boast two new revivals of Sondheim masterpieces: West Side Story and Company, while Lloyd Webber’s The Phantom of the Opera remains Broadway’s flagship show. Until then, enjoy cast recordings, and raise a glass to two men who redefined the Broadway show tune time and time again. 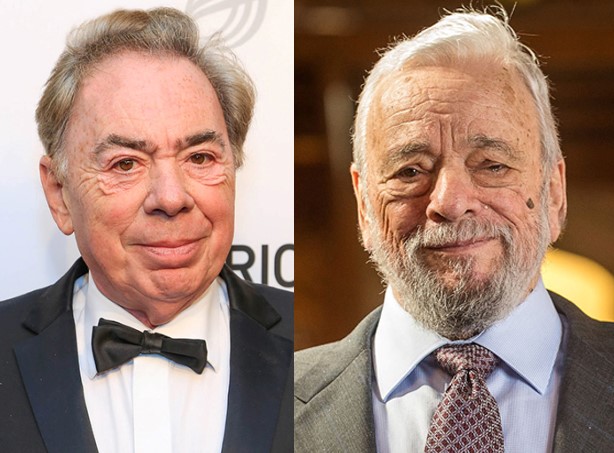