For most of my adult life (and absolutely none of my childhood), I’ve been rubbing shoulders, elbows, and very occasionally other body parts with the inspirational and the aspirational. I’ve spent time with world leaders and great artists, with fierce activists and titans of business. But no single person has had more of an influence on my life and career than my very best frenemy Cindy Adams. You’ve heard the phrase “ink-stained wretches,” yes? Well, she and I are the last of the, forgive the vulgarity, ink-stained bitches. Though we may fight over the same gossip-strewn turf, she’ll always be more colleague than competitor in my book. And she’s, I’m loath to admit, the very best. The cream of the crop. The gossipmonger par excellence!  My prose pales in comparison to her poetry, which is always well worth the time it takes to decipher it.

Well, today Ms. Adams turns 90, though she certainly could pass for a mere fraction of that number. She is still as sharp and dogged as ever. She is still tough as (impeccably lacquered) nails with a quicker wit than most stand-up comics. Her poison pen seems to have an endless supply of ink. (I’d say she doesn’t suffer fools, but her well-documented, close personal friendship with Donald Trump proves otherwise.)

The first time I remember coming face-to-face with Cindy was backstage at the Broadway Theatre in the fall of 1979 just after the final preview performance of Evita. Press Agent Mary Bryant had promised me an exclusive sit-down with Patti LuPone in her dressing room – formerly occupied by none other than Ethel Merman during her runs in Gypsy and Annie Get Your Gun – to document the leading lady’s excitement. Well, I wasn’t halfway through my first question before Cindy barged in “just to say ‘hi’” to Patti. Well, that little ‘hi’ turned into forty-five minutes of kibitzing, before a stage manager broke up our little party and whisked Patti off to bed. So much for my exclusive! On her way out, Cindy said with a smirk, “Can’t wait to read the column,” before hopping into her getaway car.

Almost exactly two years later, when she was seated directly in front of me for all eight glorious hours of Nicholas Nickleby at the Plymouth Theatre, we would finally bond. The day got off to a rocky start when I made the mistake of asking her if she could try to tamp down her famously voluminous hairdo, as it was turning my prime orchestra seat into a partial view. “Why don’t you try growing a few inches instead,” she snapped. But by the second intermission, we were laughing hysterically about a mutual acquaintance’s recent arrest for trafficking cocaine in Miami while sharing a package of M&M’s. And, by the time the marathon performance ended, she was giving me a lift in her chauffeured Towncar to Le Cirque, where the great Sirio Maccioni — who we lost this week – was keeping the kitchen open especially for her. Seconds after we arrived, Dustin Hoffman swooped in and joined us for dinner. He was at the same performance, and upon exiting the theater — hungry and not knowing of any decent joint still serving at that hour – spotted Cindy pile into her car.  Assuming she must have had a table waiting at some chic boîte that he could crash, he told his driver to “follow that columnist!” And what unfolded was a night that could happen, to borrow a phrase, only in New York.

Over the years, she and I have had our squabbles. Most recently, after yet another marathon theatrical tour de force we attended together, we had a blow-up over a despicable old friend of hers. No, not the one who currently occupies the Oval Office, but rather his mentor, Roy Cohn. Nathan Lane’s shattering performance as the lawless lawyer himself in the National Theatre production of Marianne Elliott’s visionary version of Angels in America somehow made Cindy wistful for the old bastard. Après performance, we attended a chic cocktail party for media types hosted by Jordan Roth, and Cindy waxed on about the great times she and Roy shared in the 80’s. Before long, my blood reached a boil. My politics, as you know, dear readers, is to the left of even Julius and Ethel Rosenberg’s, and Cohn’s were just slightly to the right of the Third Reich. Well, I said some things that I certainly regret, and she said some things that she likely doesn’t, and we both stormed off and didn’t speak for months. It wasn’t until Penny Marshall died in December of 2018 that we reconnected. Cindy knew that Penny and I were dear old pals, and she had heard through the grapevine that I was taking the news rather poorly. So Cindy did what Cindy does: she sent her Towncar to pick me up at home and brought me straight to her apartment for tea for two. We caught up and giggled like the old pals we are. I felt better, and any squabbling was water under the bridge.

You see, for all of her salt and vinegar, Cindy is an old softie at her core. She’s loyal to a fault. But don’t take my word for it. Ask the president!  She’s as generous and as sentimental as they come. But don’t take my word for it: ask her dogs! More pampered pups you have not seen. A more devoted owner you have not met. Such an animal lover is she that presides over the Blessing of the Animals each December at Christ Church (conveniently located a stone’s throw from her legendary pad). Blessed each year in the non-denominational ceremony are dogs and snakes and goats and camels and every other slithering, slobbering, crawling and leaping organism you can imagine. Even my pal Rick Miramontez’s kitties are now, officially speaking, blessed creatures, thanks to Cindy. (I’m assuming the one that once tried to murder Richard Kornberg had to repent first.) Most importantly, the event raises lots of dough for animals in distress, thanks to Cindy’s longstanding affiliation with the ASPCA. If you have a few extra shekels in your trousers, consider making a gift in Cindy’s name. There’s no birthday present in the world that would make her happier. Except maybe some really good dish. 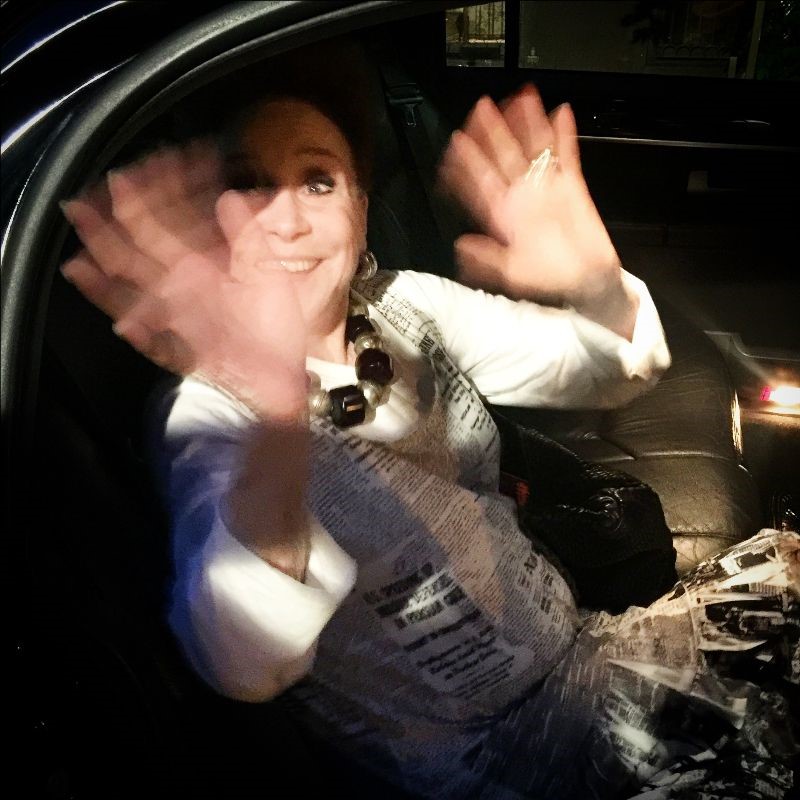