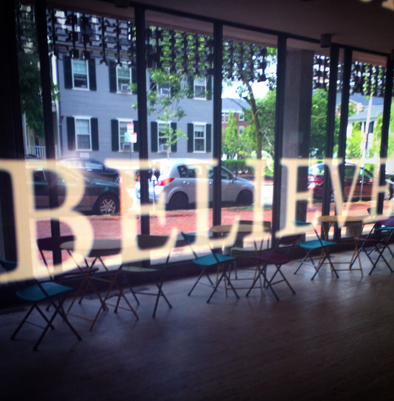 Timmy Blupe is on the road this week, and his first stop is the famed American Repertory Theater in Cambridge, Massachusetts. A picturesque New England enclave of scholars and artists, Cambridge is not only the home of our greatest university, it is also the home of our greatest regional theater, headed by theatrical luminary Diane Paulus. The ART’s newest production is the musical adaptation of Finding Neverland, directed by none other than Paulus herself, in a fascinating alliance with Harvey Weinstein. In this photo of the week, Timmy captures the show’s simple, powerful mantra — appropriate for an institution that makes Peter Pan-worthy magic every day. Here’s to a wonderful run! Second star to the right and straight on to Broadway!