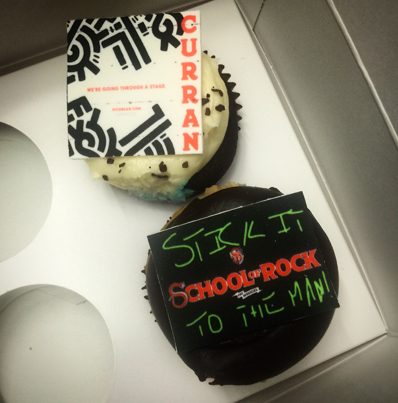 And just like that: it has begun. The Tony Award nominations have been announced and, with DKC/O&M racking up an astounding 50 nominations, these next six weeks may be both the busiest and the most thrilling thus far. 1. Luckily, the intake of sugar on May 3 (brought to us by Broadway aficionado and our biggest fan Jeffrey Polsky) should be enough to sustain us… and keep us rooting for two of our faves, Tony-nominated School of Rock – The Musical and San Francisco’s great Curran!