For the first time since the cast of Hamilton addressed then Vice President-elect Mike Pence, the big theatrical news of the week aligned perfectly with the national news. I’m speaking, of course, of Thursday’s surprise announcement that Sonia Friedman and Scott Rudin were teaming to bring the new adaptation of George Orwell’s 1984 to Broadway. How urgent do these two producing powerhouses deem this icon of dystopian totalitarianism is in the age of Trump? The show is opening on Broadway on June 22. That’s just 11 days after the Tony Awards, making it one of the unlikeliest opening night dates in memory. To give you an indication of just how unlikely this timing is: last year, my post-Tony Awards hangover lasted 15 days.

Even the most stoic Broadway soldiers tend to go into hibernation for a period of time post-Tonys, as East Hampton, Provincetown, Fire Island, and the Hudson Valley fills with dramatic types who need to decompress after the trials of a nomination season that has gotten longer and more taxing in recent years, with the proliferation of events. In the old days, a new Broadway show opening between the Tony Awards cut-off date in late April and Labor Day was almost unheard of. In recent years, August openings have become, if not exactly de rigueur, a somewhat regular annual occurrence. Even a July opening pops up on occasion. But June?

Well, there’s good reason to shake Broadway out of its early summer slumber. This adaptation, created by Robert Icke and Duncan Macmillan and coining off four successful runs in the U.K., is said to shake its audience to the core. And now is the time when American audiences need to be shaken to the realities of a dystopian totalitarian reality.

Is there still demand for this nearly century-old cautionary tale? Yup. Bookstores around town are suddenly totally sold out, and the title currently holds the #1 position on Amazon. America just got woke!

Spotted Nathan Lane and Holland Taylor yukking it up at the closing night party of their hit show, The Front Page.

Saw Dr. Phil McGraw holding up a turnstile line at the 50th Street 1 Train station, trying to figure out how to use his MetroCard, before finally giving up and grabbing a cab.

As always, a toast of something sparkling to you and yours! Kisses, 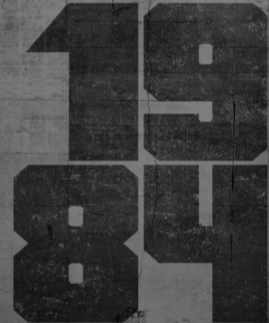