A new year is upon us. We’ve avoided the apocalypse and the fiscal cliff, so I guess I can’t complain. Actually, I take that back; I’ve had a mild head cold for the better part of the past four weeks and kvetching seems to be the only thing that helps.

The good news is that the National Society of Film Critics never took me off their screener distribution list after I got booted from the organization in the mid-nineties after allegations of voter fraud. For the record: I genuinely thought Even Cowgirls Get the Blues was the finest motion picture of its year, and that had nothing to do with the fact that I was, at the time, romantically linked to an associate producer (who shall remain nameless) on the film. I still consider it to be a modern classic (the film, not the romance which turned out to be a true bomb).

So, I’ve managed to catch up on most of the season’s most talked about movies without ever having to leave my sickbed. Overall, I have to say that I’ve been disappointed by some of the most-raved-about films of the year and it seems to me that we are living in an age of overhype. But I don’t like to be negative in this column so I am going to focus on the positive.

For me, the best picture of the year was Lincoln. I am no American history buff and assumed I’d be bored to tears by a story about the political machinations of our 16th president. But I was drawn in, initially, by the starry cast. It’s a virtual kaleidoscope of familiar faces, expertly led by Daniel Day Lewis and Sally Field. You’ll enjoy seeing so many of movieland’s finest entering and exiting the scene, including the likes of David Strathairn, Hal Holbrook, James Spader, Joseph Gordon-Levitt, Tommy Lee Jones, Elizabeth Marvel, and S. Epatha Merkerson. But what makes the film so stunning and timely is how Tony Kushner and Steven Spielberg treat the material. It is a character study of a historical figure, yes, but it’s really the story of the American political system at work. In a time when things can’t seem to get done in Washington, seeing a great political master at work is nothing short of cathartic.

Witnessed Katie Couric sniffing every candle at the Diptyque boutique on Madison Avenue, before heading in the Café Carlyle to see Steve Tyrell perform.

Saw Toby Maguire leaving a pet store in the Village with a bag of goldfish.

Overheard Goldie Hawn inquiring about getting a deal on a water-damaged Volvo SUV via cell phone outside the Time Warner Center.

And finally, a giant and heartfelt congratulations to Disney Theatricals topper Thomas Schumacher and interior designer extraordinaire Matthew White on their nuptials, held in a private ceremony at their country estate in the Hudson River Valley. The great Sherie Rene Scott performed the ceremony (who knew she was a woman of the cloth?) in front of just a handful of dear friends. You can read Rick Elice‘s personal account of the occasion here.

As always a toast of something sparkling to you and yours, 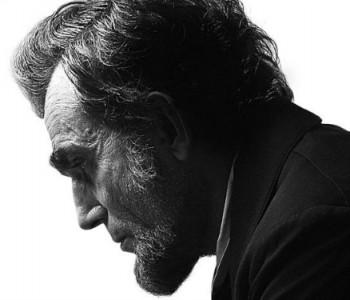