“Welcome to My Party”

Throwing a party is an art form, and when you attend as many as I do you become something of a connoisseur. I can usually tell in the first sixty seconds of walking into an event whether or not it’s gonna be a hit or a dud.

Let’s use Lincoln Center’s American Songbook Gala thrown this past Tuesday as a case study.

I step out of my Uber in front of Alice Tully Hall. In my periphery I notice flashbulbs blasting away at a clean, taut step and repeat. I take this as a promising sign, though I don’t recognize the couple being photographed.

I am greeted almost immediately by a perky young lady with a headset offering to help me procure my table assignment. She guides me inside the glass doors towards a check-in table. The first thing that hits me upon entry is the thick, gorgeous fragrance of peonies. Knowing how to bathe an environment in flowers is a key (and woefully undervalued) skill. Another good sign.

Sign-in turns out to be a breeze, and everyone is chipper and smiling. I turn around and take in the crowd. You can tell its springtime based on the color palette on the ladies. I see nothing but crisp, chic pastels of blue, pink and green. Faces come into focus, and I recognize titans of industry, great artists, and philanthropists. I air kiss Tovah Feldshuh so as not to smudge her make-up (or mine). I chitchat with the delightful Laura Osnes. I toast the season with Adrienne Arsht and Katherine Farley. I congratulate the evening’s honoree, Harold Ford, Jr. I get a high five from NBC charmer Willie Geist, who is about twice as tall as you expect him to be. I beg Lincoln Center president Jed Bernstein to introduce me to the divinely talented and divinely sexy John Legend. My face time with Legend is short but meaningful (at least to me).

Dinner is superb. John Legend’s performance is delish. The night is every bit as magical as that first breath of peonies promised it would be.

Ran into Joel Grey walking his long haired Chihuahua Miguelito along the Hudson River Park. “Who are you rooting for at the Tony’s, Joel?” “I’m rooting for whole Broadway community!” The man could run for office!

Spotted Jordan Roth Periscoping, again, at Stars in the Alley with a slew of stars like Darren Criss, Brandy, and Sydney Lucas. Apparently its part of a new social media platform called Periscope. For those with smartphones, follow him at Jordan_Roth. 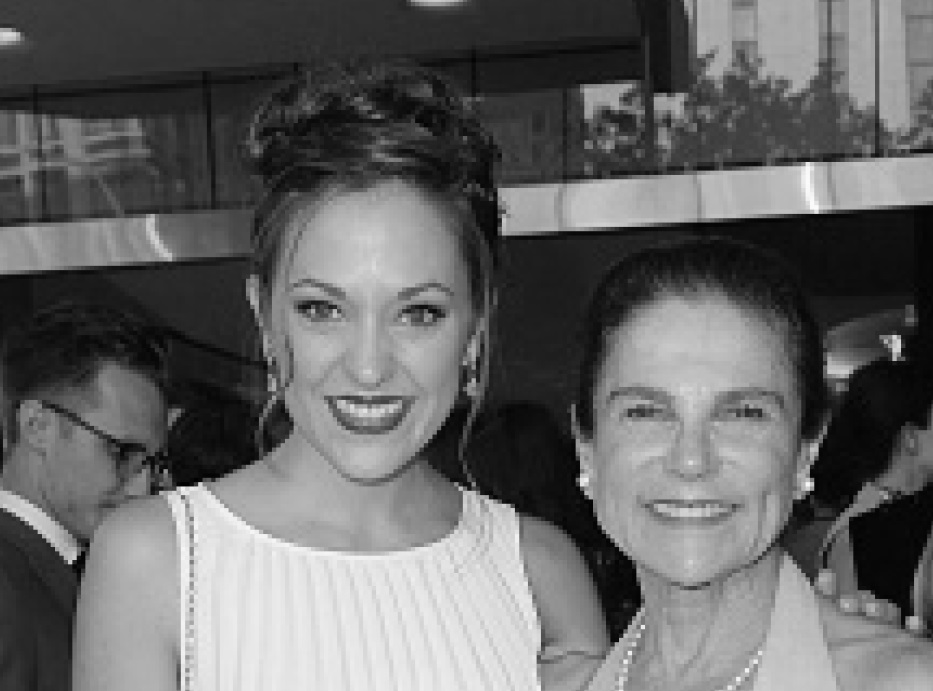