“What Would We Do Without You”

Today is a day that will live in infamy. I am sad to report that Barragan’s, the storied Echo Park Mexican restaurant, is shuttering today after more than fifty years of family-run hospitality. Back in September, I urged you all to “make this place hot again,” and I’m afraid
we’ve failed. The good news is that the family is reportedly keeping their Glendale and Burbank outpost open, but it was their soon-to-be-shuttered original Sunset Boulevard location that was my favorite haunt. Opened by Ramon Barragan on May 16, 1961, the restaurant started as a counter and just four booths. Over the years, they gobbled up neighboring Sunset Boulevard real estate and it eventually became a 7000 square foot temple to down home Mexican cuisine. It wasn’t unusual to see lines around the block in the 1970’s, and those boom times led Barragan to open up the other locations in Glendale and Burbank in the 1980’s. After Ramon Barragan retired, his youngest son, Armando took over day-to-day operations. Besides the expansion, not much had changed since first opening, except for the prices (their famous “Combination #1,” a beef taco and a cheese enchilada, was originally priced at $.85 now runs you $8.25).

One of my fondest memories at Barragan’s was when I was interviewing Ned Beatty there for a feature story about his role in Network. We were each about four margaritas in when a patron at another table (who must have been at least six margaritas in) recognized him and started shouting, “Squeal like a pig! Squeal like a pig!” I started laughing so hard I lost complete control of my bladder all over the booth. Without missing a beat, Mr. Beatty sprinted to the bar and grabbed two fistfuls of bar napkins for me, before calling me a cab. What a guy!

Of course, being centrally located in Los Angeles for fifty-two years means it has seen its share of stars walk through the doors. As I had reported in September, the Ahmanson used to provide a steady stream of hungry (and thirsty) theatricals, until Matthew Broderick got so sick after dining there that he had to miss back-to-back performances of Biloxi Blues. The restaurant was unfairly blamed for the incident – Broderick had contracted a stomach virus – and soon the actors stopped coming. Estelle Parsons remained a regular, but her superstitious co-stars wouldn’t step foot anywhere near the place. One of them was quoted as saying, “It’s the best food in town, but if you had seen what came out of Matthew’s stomach you’d never eat there again either.”

But it wasn’t the dwindling stream of thesps that lead Armando to close shop; it was the gentrification of the neighborhood. The area’s renaissance has brought in a slew of slick, new eateries and a younger, hipper crowd that favors the flavor of the month over a tried and true LA institution. Still, the eatery retained a loyal following, and I hear that they are holding an all day fiesta today to thank the neighborhood and say goodbye.

Overheard … America Ferrera raving about how “freaking hilarious” A Gentleman’s Guide to Love and Murder is.

An article in the Saturday, December 7th edition of the Season Weekly was attributed inaccurately to the New York Times and journalist Pat Healy. The article, “Actor & Playwright John Pollono Talks About His Hit Show Small Engine Repair”, should have been attributed to Gothamist and journalist John Del Signore. 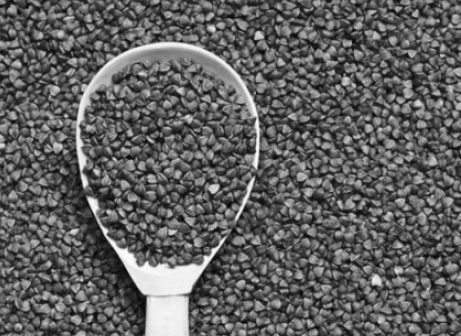