Say it with me. One. Week. To. Go. In just seven short (alright, LONG) days, Tony voting will come to an end and all of Broadway can finally calm the f*** down. Then, the die will be cast, and que sera sera. But until then, it will be a fight ’till the bitter end. Of course, a Tony Award isn’t just for ego stroking – it can also mean big business. Even before the winner is announced, a slew of nominations can often change the fate of a struggling show. Take, for example, A Doll’s House, Part 2. It got off to a slow start, grossing barely over $100k during its first full week of performances. Then is snagged eight nominations – more than any other play – and now it’s sitting pretty and playing to full houses. Antoinette Perry would be proud, knowing that her namesake award is helping to bring new audiences to worthy plays.

Of course, it isn’t all about the art. It’s also about the fashions. I was window shopping on Madison Avenue earlier this week, when I happened upon Kate Burton – bona fide showbiz royalty and co-star of Best Revival nominee Present Laughter– picking out jewels at Fred Leighton. There is something about seeing a star putting on jewels for a big night that still makes my heart flutter. I remember accompanying the late, great Lynn Redgrave (talk about showbiz royalty!) to the Tonys in 2006, when she was nominated for The Constant Wife. She asked me to help her with the clasp on her diamond bracelet, courtesy of Asprey. Well, clumsy me pinched her wrist in the mechanism, and we were waylaid while

she iced the wound. But once the swelling and redness went away, seeing her sparkle as she sipped a glass of champagne was a life highlight.

What categories am I most excited for? I’m excited for those stalwarts of the theater, who are oft nominated but haven’t won. Three of my favorite performances of the year are by Tony regulars who are looking to bring home their first trophy: Thrice-nominated Gavin Creel, thrice-nominated Condola Rashad, and four-time nominee Laurie Metcalf! Let’s hope 3rd, 3rd, and 4th time’s a charm!

Spotted Judith Light waiting patiently on the cancellation line for Hello, Dolly! tickets. No word on whether or not she got it. 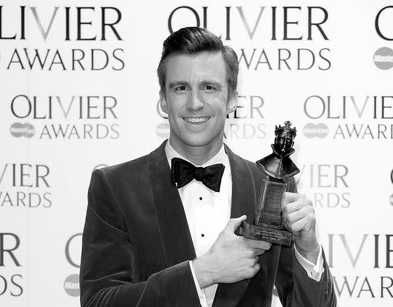