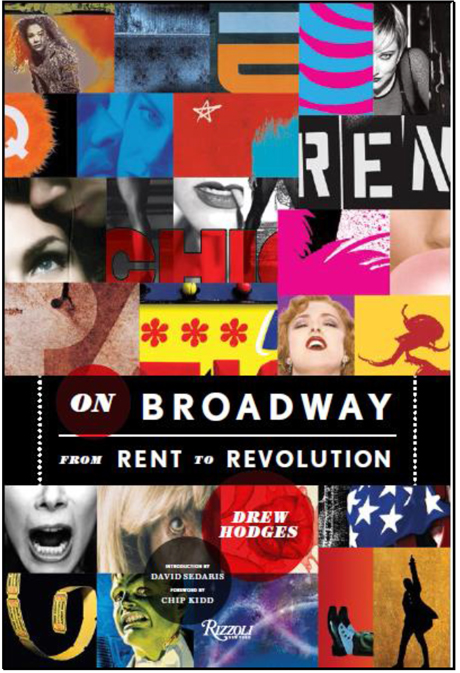 On Broadway: From Rent to Revolution

“On Broadway: From Rent to Revolution” pulls back the curtain to reveal the creative process involved in bringing a Broadway show to the stage and into the public consciousness. Over the last 20 years, SpotCo’s brilliant marketing and advertising campaigns have brought the razzle dazzle off the Broadway stage and onto the streets; they have created Events (a.k.a. the reason you see a show). Starting with their revolutionary work on Jonathan Larson’s Pulitzer Prize winning Rent, SpotCo, led by Drew Hodges, has gone on to become the preeminent design house for some of Broadway’s most venerated shows, including Gypsy, Evita, Kinky Boots, Avenue Q, this year’s Best Musical, Fun Home, and next year’s Best Musical favorite, Hamilton. This collection of hundreds of behind-the-scenes photos, concept art, and posters, as well as personalanecdotes by and with some of Broadway’s most beloved stars, including John Leguizamo, Berry Gordy, Alison Bechdel, Lin-Manuel Miranda, Mark Ruffalo, Patrick Stewart, Bernadette Peters, Joel Grey, Harvey Fierstein, Sting, DollyParton, Neil LaBute, and Cherry Jones serves as a dazzling record of the shows and performers that have graced NewYork stages for the past two decades