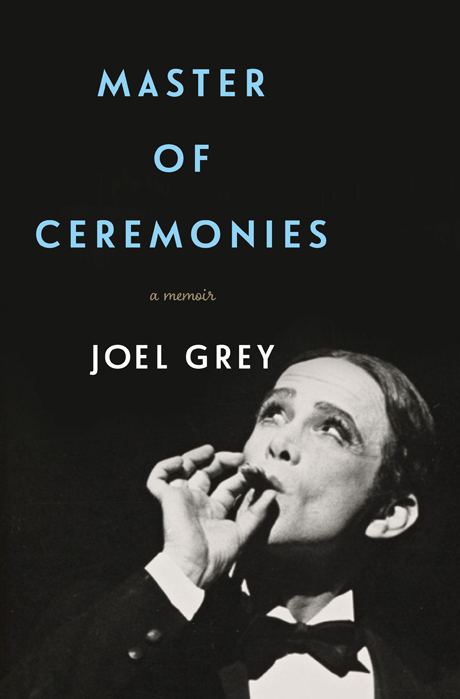 Joel Grey, the Tony® and Academy Award®-winning Master of Ceremonies in Cabaret, finally tells his remarkable life story. Born Joel David Katz to a wild and wooly Jewish American family in Cleveland, Ohio, in 1932, Joel began his life in the theater at the age of 9, starting in children’s theater and then moving to the main stage. He was hooked, and his seven decades long career charts the evolution of American entertainment – from Vaudeville performances with his father, Mickey Katz, to the seedy gangster filled nightclubs of the forties, the bright lights of Broadway and dizzying glamour of Hollywood, to juggernaut musicals like Cabaret, Chicago, and Wicked.

Master of Ceremonies is a memoir of a life lived in and out of the limelight, but it is also the story of the man behind the stage makeup. Coming of age in a time when being yourself tended to be not only difficult but also dangerous, Joel has to act both on and off the stage. He spends his high school years sleeping with the girls-next-door while carrying on a scandalous affair with an older man. Romances with to-die-for Vegas Showgirls are balanced with late night liaisons with like-minded guys, until finally Joel falls in love and marries a talented and beautiful woman, starts a family, and has a pretty much picture perfect life. But 24 years later when the marriage dissolves, Joel has to once again find his place in a world that has radically changed.