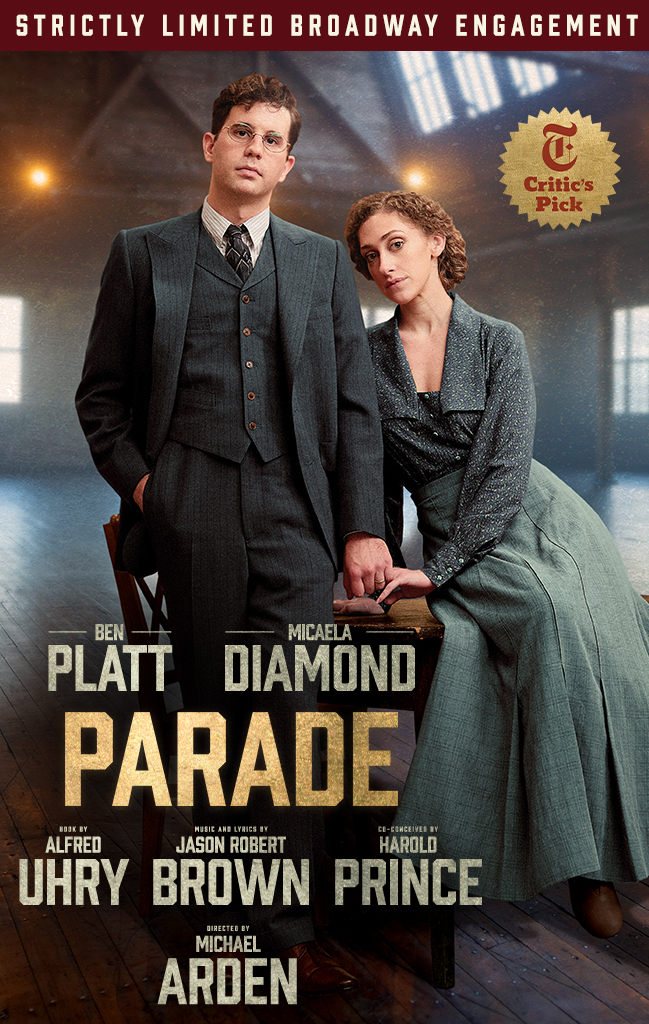 Leo and Lucille Frank (Ben Platt and Micaela Diamond) are a newlywed Jewish couple struggling to make a life in the old red hills of Georgia. When Leo is accused of an unspeakable crime, it propels them into an unimaginable test of faith, humanity, justice, and devotion. Riveting and gloriously hopeful, Parade reminds us that to love, we must truly see one another.